For the second day in a row Angelina visited the Paris Aquarium, this time with her son Knox! 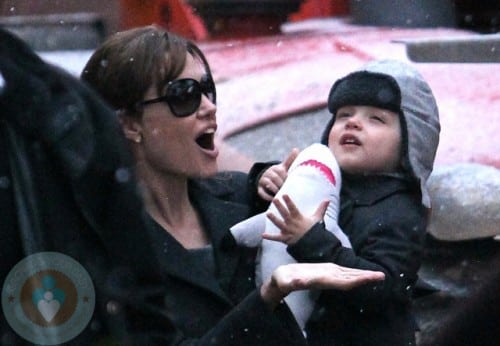 The actress, who was photographed with her two oldest daughters, Shiloh and Zahara and her second oldest son,  Pax on Tuesday, made a second trip with her two-year-old son yesterday!

The excited toddler was bundled up in a pea jacket and matching hat, while toting a stuffed shark.

The Jolie-Pitts are a stylish crew!  In the picture below both Zahara and Pax sport Appaman jackets.  Z in a puffy black  jacket, Pax in an Olive Polar Jacket.