Home » Mommy Date! Gwen and Zuma Zip Around The Park!

Rocker Gwen Stefani hit the park this afternoon for some one on one time with her youngest son Zuma. 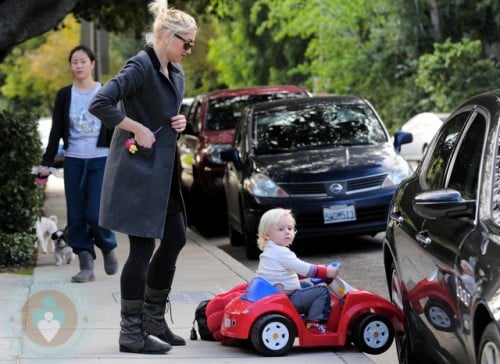 The always fashionable mama kept a close eye on her little man as he whipped around the park on his fancy new Fisher-Price Power Wheels motor car!

After 10 years, Gwen is back in the studio with band NO DOUBT recording a new album.  Guitarist Tom Dumont revealed the news on Twitter earlier this week explaining that they already had a slew of new songs written and ready to be laid down.