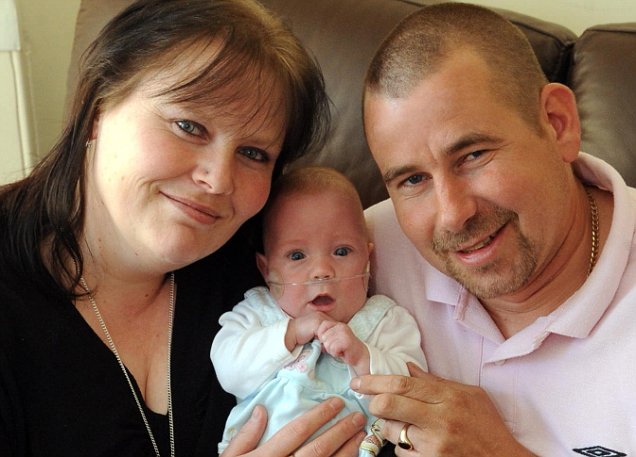 For many, a broken limb means weeks of discomfort and inconvenience, but for a UK mom, it was a blessing in disguise.


41 year old Shona Stacey, a mother of three, was heavily pregnant when she tripped on a paving stone while on her way to the post office. A trip to the hospital found that she had broken her arm and needed to get it set.

With the cast in place, the doctors just thought of doing a routine checkup to see that the fall has not distressed the baby inside the womb, but what they finally found was indeed distressing.

“Doctors gave me a routine scan because they were worried the fall had distressed Keira. But they found out that my placenta had failed and she was already in grave trouble. The doctors weren’t hopeful. We thought we had lost her.’

Things were not looking bright for the premature child. She had pneumonia shortly after birth and also multiple fractures of the legs and ribs. To add to the problems, Shona could not hold the baby because of her plaster cast that did not fit in the incubator and was also not hygienic.

But finally, after months in the hospital Keira made it home in February this year, safe and secure in her mother’s arm.

‘If I hadn’t tripped, she would have been stillborn. It’s a miracle I broke my arm,’ says Shona.

She now hopes to cherish every single moment with her daughter.

‘We just feel blessed. We will never complain about getting up in the night to feed her. We will take nothing for granted. She is just a little poppet.’

‘She was brought back from the brink of death. She became very much the centre of attention at hospital. They think that Keira has written her own medical history.’