Home » Baby on Board! Mother Delivers on International Flight from Paris to New York

After attending his best friend’s wedding in New Delhi, and already on the second leg of his long trip from India to Cleveland, Dr. Sij Hemal had planned to enjoy a drink and sleep as the plane made its way from Paris to New York. An impatient little boy, ready to be born, despite his mother’s presence on that same flight, ended up taking precedence that day. 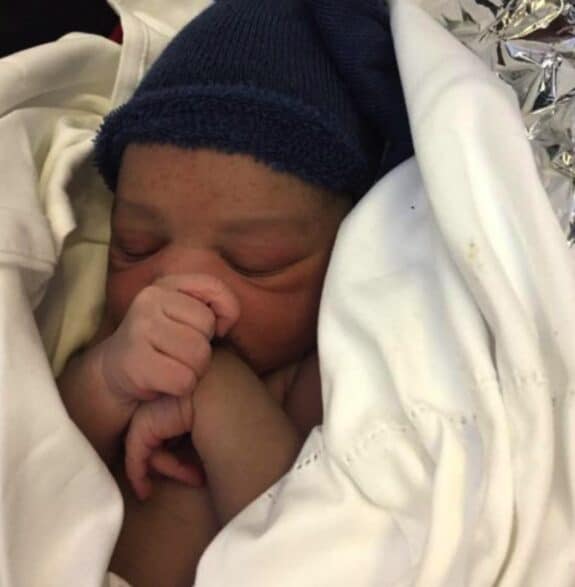 “I was pretty tired from jet lag,” Dr. Hemal, a second-year urology resident at Cleveland Clinic’s Glicman Urological and Kidney Institute, recalled in a post on the clinic’s website. “I thought I’d just have a drink and fall asleep. As it turned out, I’m glad I didn’t drink anything.”

The baby’s mother, Toyin Ogundipe, a 41-year-old banker who is a dual resident in both the U.K. and Nigeria was probably just as relieved that he never had that drink.

The flight had been passing over Greenland’s southern coast when Toyin started experiencing contractions. At that point, they were about 10 minutes apart. The plane could either stay the course to JFK International, or it could take a two-hour diversion to the Azores Islands for an emergency landing.

With a French pediatrician sitting next to him on the flight and recognizing that the baby was going to be born before they could land, regardless of which option they chose, Dr. Hemal told the pilot to stay the course. Then the pediatrician, Dr. Susan Shepard, recommended they move the mother to first class where there was more room and the mother would have more privacy. Toyin’s 4-year-old daughter, Amy, was watched by flight attendants. 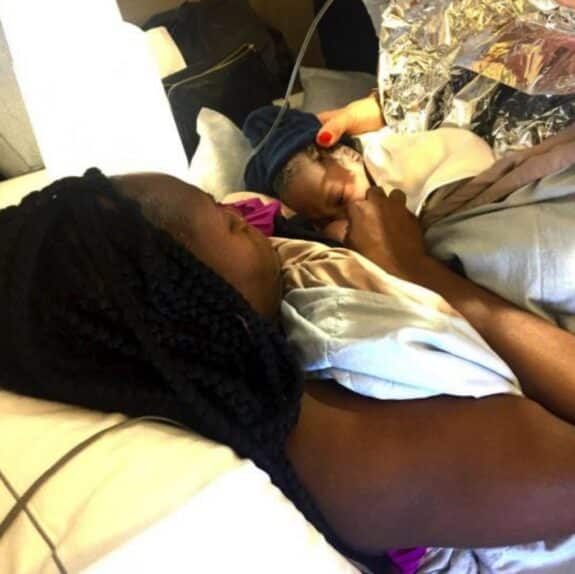 Dr. Hemal was just grateful that everything went off without a hitch. Having only delivered seven babies while in medical school, he knew that plenty could have gone wrong.

“We’re trained to stay calm and think clearly in emergency situations.  I just tried to think ahead to what might go wrong, and come up with a creative solution,” Dr. Hemal said. “So much could have gone wrong, but it didn’t. Being on that particular flight, sitting next to a pediatrician … it’s like it was destiny. Thanks to God, everything worked out.”

And for that, Toyin is grateful – and not just for the delivery, but also because both doctors managed to make her feel safe, calm, and comfortable – well, about as comfortable as anyone can be while delivering a baby while aboard a plane.

“I was relaxed because I knew I was in safe hands,” she said. “They did everything a doctor or midwife would have done if I was in the labor room in the hospital. Even better, if you ask me.”

Mom, her daughter, and baby boy (Jake) were all taken to a nearby hospital for a check-up once they landed, and Dr. Hemal went on to complete the next leg of his flight – which was, thankfully, uneventful. But he does still stay in touch with Toyin and her family. After all, an experience like that doesn’t come along every day.