Studies have found numerous potential benefits to breastfeeding – everything from the potential to reduce the risk of SIDS, allergies, and asthma in infants to possibly lowering a mother’s risk for diabetes and certain types of breast cancer. Breastfeeding is also recommended by the World Health Organization (WHO) and American Academy of Pediatrics (AAP). But does any of this make the choice to breastfeed a superior one? More importantly, do breastfeeding mothers have the right to make formula feeding mothers feel somehow “less than” for not breastfeeding? 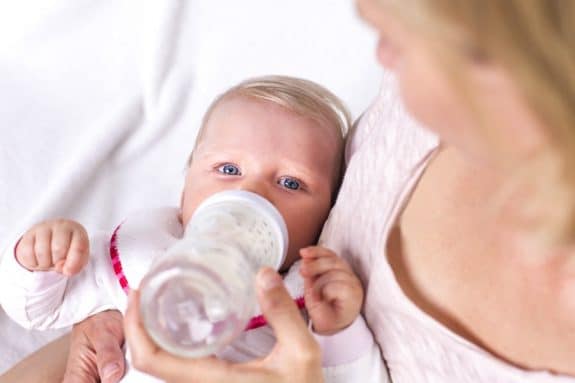 This all-too important question is one that can transfer into almost any other infant parenting aspect – cloth versus disposable, stay-at-home mom versus the mom that returns to work, sleep training or soothing, co-sleeping versus a separate nursery, baby-wearing versus strollers. Yet this question is hardly ever quite as personal as when it comes to feeding choices. The wound caused by stigma is so deep, in fact, that many formula feeding mothers report feeling a sense of guilt because they either chose not to breastfeed or simply couldn’t. As a result, they may be less likely to seek support from other moms, even if they truly need it.

“Informal relationships between mothers, both fact to face, and via social media platforms, are an important source of social and emotional support, and the sociocultural significance of feeding decisions may be placing these networks in jeopardy,” researchers from the University of Liverpool’s Institute of Psychology in the United Kingdom said in a recent study that examined the feelings of formula feeding moms.

End results found that 67 percent had experienced feelings of guilt, 68 percent had felt stigmatized, and 76 percent had felt the need to defend their feeding choices at some point. Guilt was especially high among those that had planned to breastfeed exclusively and had attempted to breastfeed but then stopped. Other mothers were the main source of these negative feelings. Healthcare professionals came in a close second source.

Now, it would be easy to believe that formula feeding mothers are unjustified in their feelings – that they are simply misinterpreting the message, or even transferring their own feelings onto breastfeeding mothers. Unfortunately, this is not usually the case. The feelings are real, and they are justified, not just in the war between breastfeeding and formula feeding, but in all other areas of parenting. What might help to close this gap, though, is to recognize that we are all just trying to figure this thing out. Plus, formula feeding mothers are not the only ones who feel a sense of guilt over their feeding choice.

The study authors also conducted an analysis of breastfeeding mothers to determine how they felt about their feeding choices. This pool included 845 mothers with infants up to 26 weeks. All were breastfeeding or combination feeding (breastfeeding and supplement formula feeding). Of those, 15 percent reported feelings of guilt, particularly when it came to the time and energy it took to breastfeed, and how that affected the rest of their family. A sense of stigma was also reported by 38 percent of mothers, and 55 percent said they felt as if they needed to defend their feeding choice.

“Women who breastfeed feel stressed about neglecting the rest of the family and other obligations, whereas women who do not breastfeed feel a sense of guilt about feeding their child something ‘sub-optimal,’” study co-author, Sophia Komninou, of the Department of Psychological Sciences at Liverpool, said. “[Formula feeding mothers] also feel shame about having to explain to others why they are not breastfeeding, which leads them to them feeling like they are failing to achieve the socially constructed status of the ‘good mother.’

So maybe the focus needs to be less on “breast is best,” and more on the actual benefits of breastfeeding and overall support, regardless of what feeding choices a mother makes. After all, it is not as if formula feeding somehow harms an infant. Disposable diapers, though bad for the environment, do not cause disease or illness. And a baby who is pushed in a stroller is not likely to be emotionally scarred because their mother did not choose to babywear. At the end of the day, we should be focusing on similarities – what we all have in common – instead of our differences. The differences might make us unique, but it doesn’t make us wrong. The similarities, though – those are the things that lifelong friendships are built upon.