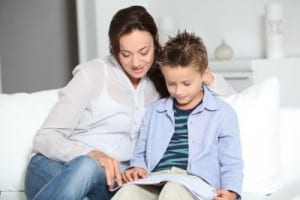 During a recent study, conducted by the Center for Autism Research at the Children’s Hospital of Philadelphia, researchers found that families with a child on the autism spectrum disorder earned an average of $17,763 less per year than families who did not have a developmentally challenged child.

For the study, researchers used data from national household surveys that were completed between 2002 and 2008. Data results included 261 households with an autistic child and more than 64,000 households that did not have an autistic child. After compiling all of the data, researchers then accounted for various factors, such as parents’ age, education level, race and health.

Autism affects approximately one in 110 children in the United States alone. The severity of the condition can range greatly from high functioning Asperger’s to severely handicapped But no matter where a child falls on the spectrum, caring for an autistic child can be more than a full-time job: advocating for the child at school or daycare, therapy appointments, doctor’s appointments, IEPs, and bad days are just a few of the challenges that families with autistic children must face. Add that to the fact that traditional day care or schools may not be equipped to handle an autistic child and it’s no wonder mothers of autistic children earn less.

“The needs of children with autism really straddle a number of service systems and there is a tremendous amount of finger pointing in terms of who’s going to pay,” stated David Mandell, associate director of the Autism Research Center. “Mothers are leaving the workforce to cobble this care together for their kids.”

Researcher Guillermo Montes at St. John Fisher College in Rochester New York, who was not involved in the study, stated that families with autistic children have to make different financial decisions than parents who have normally developed children.

“By putting their kids first, these decisions result in lower and more unstable family incomes,” Montes said. “State legislatures, employers and the federal government have to engage these families in a conversation about how to best assist them. Any assistance must preserve work flexibility and the wide variety of work and care arrangements which are key to achieve a work and family balance that works for kids with autism, their siblings and their parents.”

If the goal truly is to support mothers of autistic children more so that they can work more often, one of the main focal points should be care. Not all schools have programs to accommodate children within the autism spectrum, especially if the child is high functioning.

Day care can pose even more of a challenge. Most centers are at full capacity and the stimulation within a day care for an autistic child is overwhelming. This often leads to meltdowns and the child may be sent home or even exited from the center if an incident occurs, especially if the behavior is serious or long-term. Because of this, many mothers that do work and have an autistic child may find keeping a job difficult because they have to call of work frequently or may have to leave in the middle of the day to pick up their child.

Another area of focus could be more work flexibility, particularly in the area of remote access or virtual jobs. In today’s day and age, many jobs can (and some are) be done from home, in the waiting room of a doctor’s office or while waiting for therapy to finish. Working virtually with a flexible schedule would allow mothers to focus their time and efforts on their children when it is needed most without having to worry about whether or not their job was in jeopardy.

Obviously, not all jobs can be done virtually. And setting up special care centers specifically for children with autism or creating programs for autistic children within the schools that are lacking them would take time, money and effort. But with this added support, it is quite possible that more mothers with autistic children could work and I believe that many of them would.