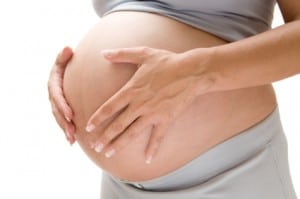 Do you remember getting chickenpox as a child? Were you vaccinated later in life? If you answered no to both of these questions or don’t remember, experts say that you should talk to your physician to determine whether or not you have an immunity to the varicella virus before you conceive.

Chickenpox, in and of itself, can carry a low risk of death. This risk is increased for adults – up to 15 times higher. But pregnant women are at an even higher risk than the average adult, especially during the final trimester.

Contracting the varicella virus during pregnancy can also have other complications, including pneumonitis, an inflammatory condition of the lungs. Approximately five to 10 percent of all pregnant women who contract the virus will develop this condition. It can lead to complete lung failure and a mechanical ventilator may be needed to aid with breathing.

The varicella virus can also pass through the placenta to the fetus, resulting in malformations and deformations; partial limb reduction, hydrocephalus (water on the brain) and microcephaly (an abnormally small head) are some of the most common defects.

Thankfully, fewer women have to worry about these problems today. It’s estimated that more than 90 percent of all women in Canada are immune to the virus, which is a vast improvement when looking at the number of women at risk just a decade ago. It should be noted, however, that roughly 2 to 3 pregnant women out of 1,000 are not immune to varicella. This equals out to approximately 700 to 1,050 cases each year.

Vaccination can prevent contraction of the varicella virus, but experts now recommend that women get vaccinated at least four weeks prior to conception. The new protocol is spurred by the fact that the varicella vaccine does contain a weakened version of the live virus.

If a woman is unsure of her vaccination status, experts recommend that she speak to her primary care doctor or ob-gyn. A blood test can be done to determine whether or not any antibodies to the varicella virus exist. As long as the test is done before conception, the vaccination can be given. If, however, the woman is already pregnant, there is nothing that can be done.

“With chickenpox, timing is of the essence,” stated Mark Yudin, chair of Canada’s infectious disease committee. Yudin is also one of the principal authors on the new recommendation. “In order to provide the most efficient care possible, it is important for health-care professionals to document a woman’s history of previous chickenpox infection and varicella vaccination, ideally before conception or pregnancy.”

There are some cases, however, in which the woman may not know she is pregnant and may, inadvertently, receive the vaccination during pregnancy. While there are some risks, experts do not recommend terminating the pregnancy. Experts say that, according to registry data, 362 women have been vaccinated during pregnancy and none of the children born to those women had any signs of congenital varicella syndrome or congenital malformations commonly associated with the varicella virus.