Home » Nahla Aubry Plays On The Set Of ‘The Hive’

Halle Berry had her hands full in between takes on the set of her movie “The Hive” in South Central, California on Thursday (July 19th). 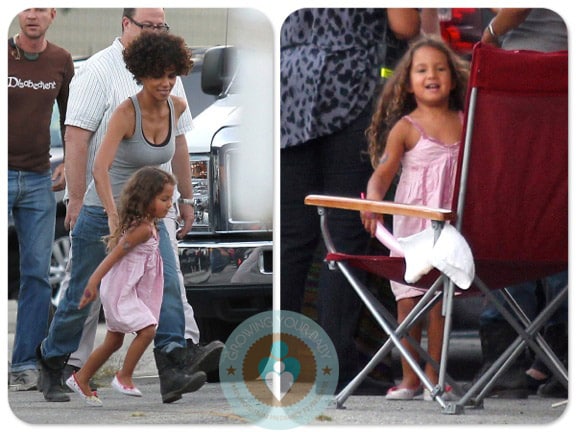 The actress was busy chasing an energetic Nahla through the lot and around production trailers. Off for the Summer the 4 year-old was definitely at home on the set and made friends with some of the other kids visiting.

Halle looked to be in good health following a trip to the hospital on Wednesday. The actress was hospitalised after falling and hitting her head on concrete while shooting scenes for the movie.

A spokesperson for Halle revealed that she was treated for “a minor head injury” at the Cedars Sinai Medical Centre in LA and released.