It won’t be long now before Naya Riviera and husband Ryan Dorsey are parents!  Looking to enjoy some couple time together before their baby arrives, the pair jetted off to Hawaii for some r&r.

Over the weekend the actress shared a photo of her in a nude two-piece bikini and a floppy sun hat.  Due this Summer, Naya showed off her growing belly as she cooled off in the ocean. 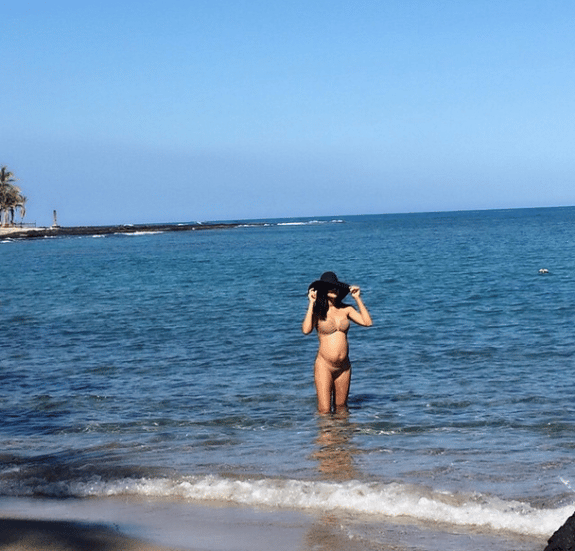 On Sunday the actress shared a photo of herself in a black bikini after a couples meditation session..

Ryan and Naya, who tied the knot in Cabo San Lucas in July last year, announced they were expecting a baby in February.  The new addition will be the first child for both!