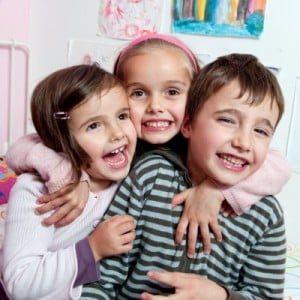 The stereotype of the neglected middle child may be no more than the product of a neglect of research.  With the publication of the new book, The Secret Power of Middle Children, by Catherine Salmon, PhD and Katrin Schumann, a new “character sketch” of the middle-born is beginning to emerge.

But, through research, subject interviews and analysis, Salmon and Schumann have been able to present a much more flattering picture of the middle child’s position and ultimate character.

The book seeks to prove that there are hidden benefits, to being born in the middle, that result in middle-borns rising up to become “agents of change in business, politics and science.”

In an interview with NPR, Schumann debunks a prevailing myth,

“So many people think the majority of presidents…were actually firstborn,” she says.  “But that is a wrong statistic because firstborn girls were not counted as being older siblings.  So even in terms of how we look at statistics, that’s really changed over the years, along with women’s (liberation) and the rise of feminism.  So now we’ve come to understand that actually 52 percent of presidents are middle-borns.”

Salmon and Schumann have found that middle-born children grow up to be open-minded, caring adults who are adept negotiators, keenly focused on fairness.

As for the perceived neglect the middle-born suffers throughout childhood; it seems you can actually call it freedom.

“There are some hidden benefits to not focusing so much attention and concern and effort, and putting so much pressure on each child,” Schumann says.  “And that is one of the hidden benefits that middle children get because they do have this sense of independence and they think outside the box a little bit more.  And they’re not afraid to look to their peers rather than always look above them to those higher in the hierarchy than they are, which means that they end up being quite open-minded.”

The book is chalk full of revelations.  If you are a middle child or you are raising a middle child, you’ll likely find The Secret Power of Middle Children an interesting and valuable read. – Jen R, Staff Writer