Christina Milian was all smiles yesterday while out shopping at the Fred Segal store in West Hollywood, California with her daughter Violet. 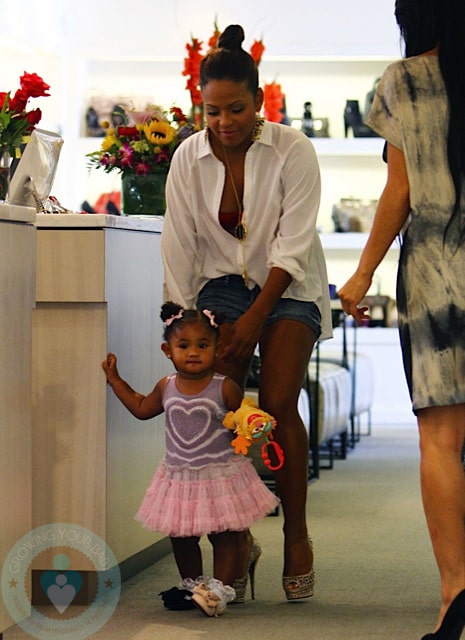 It was a girls day out and they had a blast. The singer tweeted after saying,

awe!! 🙂 Violet and I had lunch with an ol’ friend at Fred Segal yesterday and then tried on a bunch of shoes 🙂 Window shopping is fun!

Earlier this year Christina told Latina Magazine that after a rollercoaster 2010, she was ready to start the new phase of her life.

“I feel brand new. I’ve been to hell and back, but I survived. I’m stronger for it and now I’m ready for the next phase of my life.”

Looks like that is happening. She was recently cast in a new series called ‘Maid in Miami’. The half-hour comedy will “revolve around a young maid with dreams of becoming a singer.”