According to a report released by World Vision, there is a devastating gap between the health rich and health poor in every country. Globally, this gap results in the death of 19,000 children each and every day – most of which are from completely preventable causes. Now, with the 2015 Millennium Development Goal Deadline quickly approaching, there is a push to stop these tragic and unnecessary deaths. 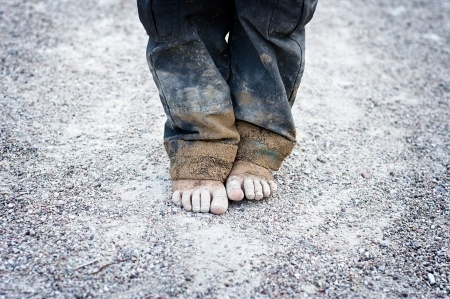 “Globally, the number of children who don’t reach their fifth birthday has dramatically decreased, but thousands still die every day after falling through the cracks created by the great health gap – most notably the determining factors are access to health education, awareness, prevention and treatment,” Shauna Kadyschuck, World Vision’s child health policy advisor said in the report. “Governments and organizations have reached those who are easiest to reach, but in many cases, this has meant a devastating increase in the gap between the health rich and poor, with the most vulnerable children bearing the brunt.”

This statement comes after the report, The Killer Gap: A Global Index of Health Inequality for Children, which assesses 176 countries around the world according to the size of the gap between those that that have access to good health care and those that don’t. With the smallest gap, France was rated first on the list. Chad, which had the largest gap, was rated last. Canada is ranked 15th. The United States is ranked 46th.

The remaining top ten with the smallest gap included Denmark, Norway, Luxembourg, Finland, Germany, Sweden, Slovenia, Cuba and Switzerland. The remaining ten with the largest gaps included Sierra Leone, Guinea, Mali, Equatorial Guinea, Niger, Afghanistan, Cameroon, the Democratic Republic of Congo and Cote d’Ivoire; seven of those are considered the poorest countries in the world. It is in these countries where the majority of deaths occur, a place where the health gap becomes the “killer gap.”

But what’s the excuse in countries like the United States? Why is there such a large gap? Why are so many children dying of preventable causes in a place where health care shouldn’t even be an issue?

“It’s horrifying reality that in today’s world, when we have the knowledge, resources and tools to provide quality maternal newborn and child health for all, that so many children continue to pay the price for the great gap in global health, with their lives,” Andrew Hassett, World Vision’s international campaign director said in the report. “We know these lives can be saved, as this report shows. But it’s now a matter of priorities – how important is reducing the preventable deaths of children? It’s time for leaders to show us.”

The following suggestions on how Canada (#15) could close their gap were made by PR News; the U.S. could learn a few things from the suggestions as well.