There is a new hope for babies born with kidney issues.  A team of scientists in Italy have developed the world’s first kidney dialysis machine that may be used to treat newborns and small infants. The team has already succeeded in treating a newborn with multiple organ failures with the new machine.

Prof. Claudio Ronco, of San Bortolo Hospital in Italy and his colleagues have developed a machine to treat acute kidney failure that affects around 18% of low-birthweight infants and approximately 20% of children admitted to intensive care. 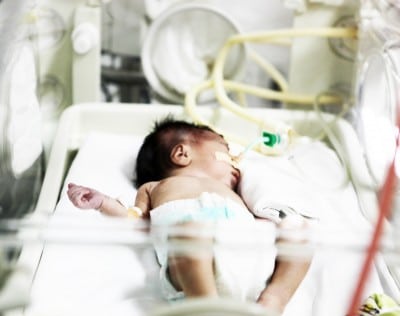 The details of the machine were recently published in the Lancet.

For newborns with kidney failure, the usual procedure adopted is to give them a treatment called eritoneal dialysis. During the treatment babies are given continuous renal replacement therapy (CRRT) where the waste product in the blood is removed through a catheter inserted in the abdomen.

But the doctors noted that sometimes this procedure was ineffective because the current CRRT machines were not designed for neonatal cases though they were being used for infants below the weight of 15 kg.

“A major problem is the potential for errors in ultrafiltration volumes. Adult dialysis equipment has a tendency to either withdraw too much fluid from a child, leading to dehydration and loss of blood pressure, or too little fluid, leading to high blood pressure and edema,” explains Prof. Ronco.

To solve this issue, the team began creating a machine specifically for small infants.

The team developed the Cardio-Renal Pediatric Dialysis Emergency Machine (CARPEDIEM) – a miniaturized CRRT device that can provide kidney support for newborns and infants weighing between 2 kg and 10 kg. 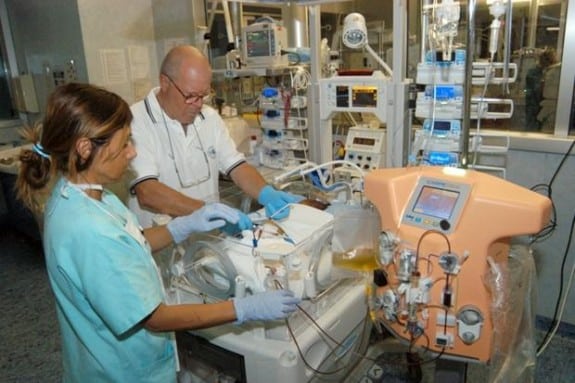 Compared to a regular CRRT machine this new machine can filter relatively low amount of blood and process ultrafiltration flow. The use of a smaller catheter also ensures less blood vessel damage in tiny babies.

To test the machine’s effectiveness the team used it for a 2.9 kg newborn girl in Italy who was born with multiple organ failures due to delivery complications. The baby was on the machine for 30 days and she could gradually breathe on her own, produce a sufficient amount of urine and her organ functions were restored.

The baby girl was discharged after 20 days from hospital though she still suffered from chronic kidney disease. The team believes that it is the use of the new machine that helped save her life.

“Without a dedicated CRRT platform, renal replacement therapy would have been impossible because of technical and clinical contraindication to peritoneal dialysis and an inability to achieve reliable vascular access for the use of existing machines,” the researchers say. “We hypothesize an inevitable fatal outcome would have occurred a few days after birth without the use of the CARPEDIEM.”

Let us hope there are many more infants that the machine is able to give a new lease of life to.