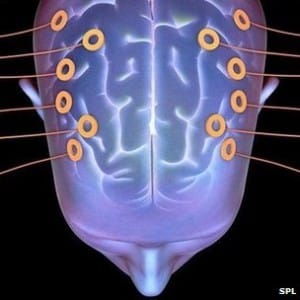 Over the last few decades, we’ve watched the autism rate climb. In fact, before the 1990’s, it was thought that only about 3 in every 10,000 children had autism. Now those rates are considered to be 1 in 88. This dramatic increase in cases has made autism research a priority, yet still so few answers exist.

When does it start? What causes it? How do we prevent it?

The puzzle pieces are slowly falling into place – many scientists now believe that the condition starts before birth, and various factors have been linked to possible risk factors for autism (genetics, environmental exposures, infections during pregnancy, abnormalities in the brain’s frontal region, father’s age during child’s conception, and more). Unfortunately, the picture is still rather fuzzy.

Published in Thursday’s New England Journal of Medicine, a new study may very well clarify the picture for us.

The small study examined the brains of children who had their brains donated to science (causes of death included drowning, asthma, and heart problems). All of the children had been diagnosed with autism before their death, which had occurred somewhere between the ages of 2 and 15. This is extremely rare as far as autism studies go; most involve samples taken from adults.

In 10 out of the 11 children with autism, clusters of disorganized brain cells in regions of the brain responsible for regulating social functioning, emotions and communication were found. (Coincidentally, these are areas in life that children with autism often struggle with.) In contrast, only one out of 11 children who were not diagnosed with autism were found to have clusters in the same areas of the brain. According to the study authors, these clusters (detected with sophisticated lab tests), likely originated sometime during the second or third trimester in utero.

“Because this points to the biological onset in prenatal life, it calls sharply into question other popular notions about autism,” including the scientifically debunked theory that childhood vaccines might be involved, lead author Eric Courchesne, an autism researcher at the University of California, San Diego, told Fox News.

Courchesne is not new to the concept of autism starting prior to birth. In fact, this recent study is an expansion on former studies that have suggested abnormal gene activity causes an excessive number of brain cells in the prefrontal cortex (area of the brain behind the forehead). This new study implicates that very same region, as well as some adjacent areas of the brain. 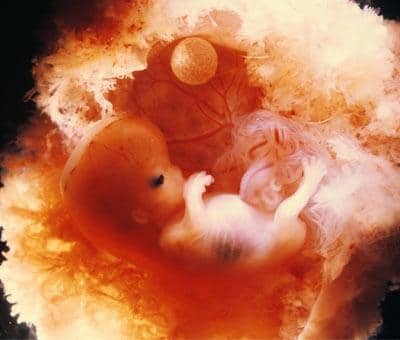 However, the study was small, and it is unable to tell for certain when the clusters may have formed. It also fails to provide a reason for their presence in the first place. Courchesne says “it could be gene mutations and environmental factors together.”

The limitations of the study have led other experts in the field to call for more similar studies, particularly ones that are larger in scale. They are hoping that such studies could help determine what the cause of excessive cells or clusters may be, and why some children are diagnosed later than others. (Courchesne’s former studies suggest that genetic networks responsible for regulating prenatal brain cell growth are faulty.)

“These abnormalities are not trivial,” Courchesne said. “These are fundamental to developing a human brain.”