Home » New Test May Detect Autism in Less Than 15 Minutes 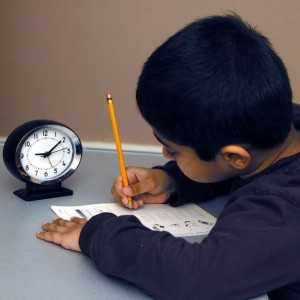 British scientists have created a test for autism that can help detect the condition in less than 15 minutes.

Autism is a brain disorder where the child may have mild to profound problems in communication and social interaction. Until now the tests that have been used to detect autism have been based on interviews and behavior assessments that are time consuming and emotionally draining.

Scientists now believe that the disorder can more rapidly be tested by a brain scan that reads structural changes in the brain’s grey matter linked to language and social behavior. The test has already been carried out on adults with 90 percent of the results being accurate.

Traditional brain scanning tests are time consuming taking four to eight hours to be conducted. They are also costly with an average scan cost being approximately $157.50. Researchers believe that if this particular scan that is 20 times cheaper, is utilized for general use in the next couple of years it may give results more accurately and affordably.

“What we are working on now is to see if we find the same results in younger people. We would hope that it would work just as well … there is no reason why not.”

In the small study, researchers studied 20 healthy adults and 20 individuals who had been previously diagnosed with autism spectrum disorders including Asperger’s syndrome. They found that in spite of the low number of individuals involved in the test the scan results were very accurate and strongly significant.

Murphy believes that as this test is based on objective biological tests rather than emotional parameters and physical traits, individuals with the condition will be recognised quickly and the cognitive behavioural therapy and educational treatment could start early. This would be especially beneficial for children.

Terry Brugha, professor of psychiatry at the University of Leicester welcomed the new development but said further studies in this regard were necessary. “Although this method is not ready for normal diagnostic situations, any step to easier diagnosis is welcome.”

The research team, however, is confident and hopes that in future autism specialist can use this scan along with the interviews with patients and arrive at more accurate and fast results.