An oral vaccine that protects babies against a nasty bug that causes fever, vomiting and diarrhea – and sends thousands of kids to hospital each year – will be available this fall in Canada. 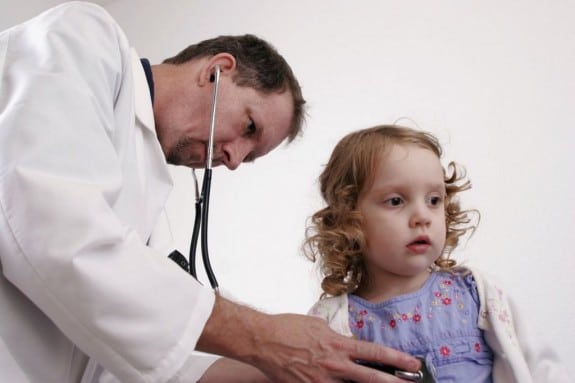 RotaTeq, which protects against rotavirus gastroenteritis, is expected by doctors and pharmacists to be distributed in September.

The vaccine is coming to market here after an extensive trial that involved more than 70,000 infants in 11 countries.

The child will take 3 doses and it will give them “the same immunity as if they would have been exposed to the virus two, three times,” the drug company’s medical director, Dr. Ernest Pregent, said from Montreal.

“And if ever they meet again that virus, their symptoms will be quite milder and they won’t be as sick as the kid who either has not been exposed or is not vaccinated.”

The cost of the vaccine, $55 per dose, is not currently covered by provincial health plans.

The oral vaccine comes in a squeezable plastic tube with twist-off cap so the child can suck the liquid. The first dose should be given at six to 12 weeks of age, and four to 10 weeks should elapse before a subsequent dose is given.

“It’s got nice taste, it’s not sugar but it’s got a taste that is pleasant,” said Pregent. “And it’s by mouth, because a lot of parents are saying, ‘Not another needle!’ ”

The vaccine contains five rotavirus strains that are responsible for about 95 per cent of rotavirus disease in Canada, the drug maker said.

Side-effects of the vaccine can include mild fever and loose stools, said Pregent.

The symptoms of rotavirus can be mild to severe and generally last for three to nine days, with up to 20 episodes of diarrhea a day in some cases.

Children can become dehydrated, and sometimes require medical care. It is estimated to cause up to 7,000 hospitalizations, 27,000 emergency room visits and 56,000 doctor visits in Canada each year, Pregent said.

It’s most prevalent from late March until May, when more than three-quarters of hospitalizations for gastroenteritis are linked to rotavirus, he said.

The highly contagious bug is mainly transmitted through fecal-oral contact, and can be spread both before and after a child becomes sick.

I am always looking for a way not to have to give another vaccine.
Dr.Greene.com says that:

Rotavirus is extremely contagious. Day cares, preschools, and homes with young children are invisible forests of rotavirus. The living, spreading virusremains active on human hands for at least 4 hours, on hard dry surfaces for 10 days, and on wet areas for weeks! Want a good reason to carry a little bottle in your purse, glove compartment, or pocket? Do you dislike vomiting and feeling nauseated? Alcohol-based instant hand sanitizers kill rotavirus in seconds.