Home » Nicky Hilton Shows Off Her Growing Belly in NYC

Hilton was spotted at the MCM store in SoHo on Wednesday for a photoshoot involving their new new handbag collection. 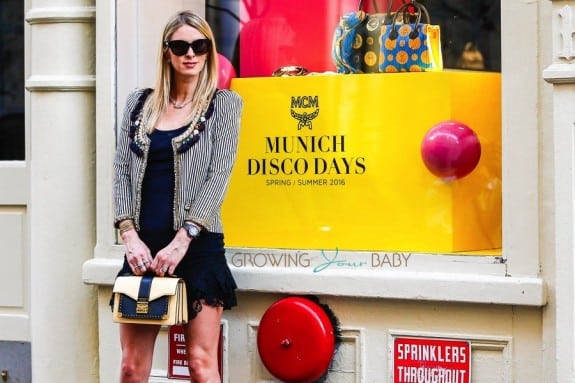 The mom-to-be was chic in a lacy top and skirt, which she paired with a striped blazer and the brand’s Marion Satchel. 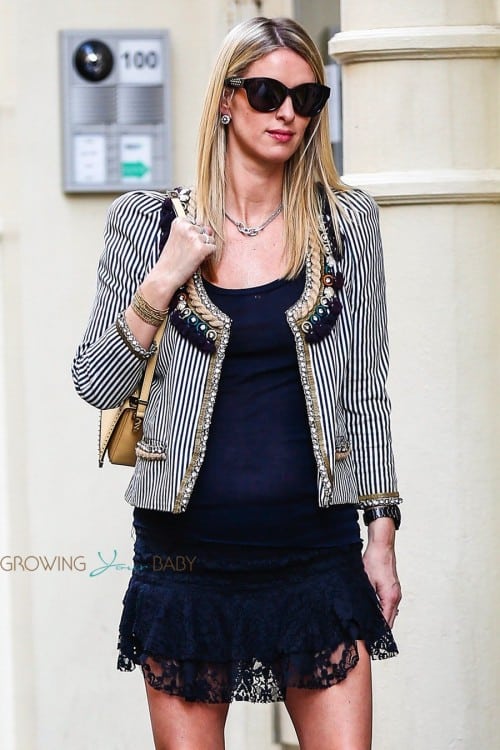 In January it was revealed by her aunt that Nicky and her husband, British Banker, James Rothschild were set to be first time parents.   The couple were wed in a lavish ceremony in July at Kensington Palace. 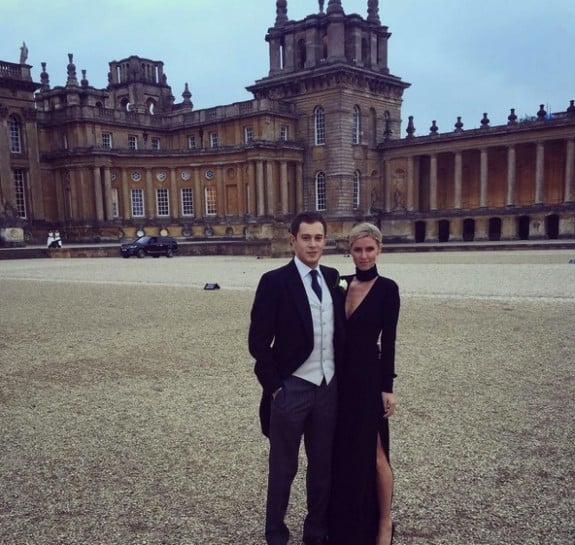 While it hasn’t ever been officially confirmed by the parents-to-be, Nicky’s growing belly says it all.

Tonight, however, she shared a photo of herself wearing a belly hugging Emerald down at an event she was attending with brother Barron Hilton. 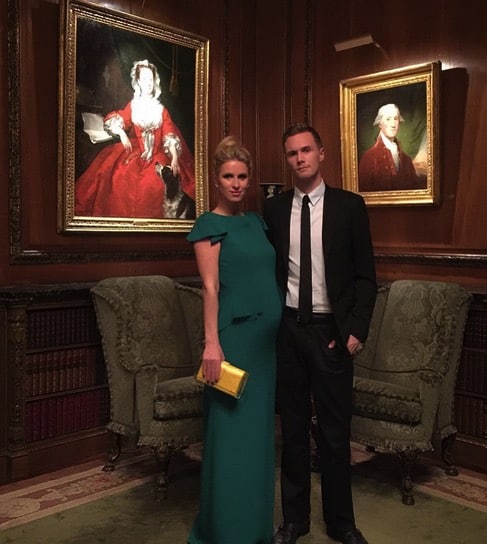 Our guess is the baby will arrive in June.