Nicole Richie and Joel Madden were seen out and about in Downtown Los Angeles over the weekend with their kids Harlow and a mohawk sporting Sparrow! 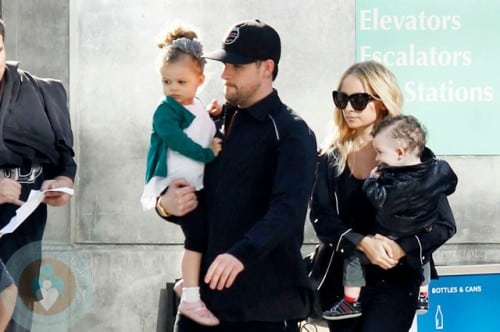 There are rumors of a December wedding for the young parents, but before they get married, Nicole has take care of a little legal matter.

Last month, she had a restraining order filed against a photographer for stalking Harlow’s school. She will now go to court on Wednesday, December 1st, to file for a permanent restraining against the photographer.

According to Gossip Cop, Nicole said,


“He drives erratically around my children and others, yells, screams and attempts to scare us so that he can photograph our reaction. His predatory behavior caused and continues to cause severe emotional distress as I fear for the safety of my children.”

There are some lines that should not be crossed – especially when you are dealing with children.  Hopefully the judge will make the order permanent.