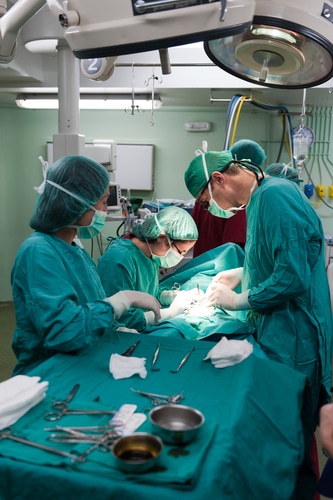 Life-saving heart transplants, kidney transplants and other vital organ transfers have helped give a new lease of life to many for the last few decades. But it is still a new area of medical science to transplant wombs so that an entirely new life can be created and brought into the world. Now nine women in Sweden are part of the first major experiment where wombs have been transplanted in the hope that they would each bear a child.

Dr Brannstrom, chair of the Department of Obstetrics and Gynecology at the University of Gothenburg, is leading the initiative where nine women who were either born without a uterus or had it removed because of cervical cancer, have become the recipients of donor wombs.

Most of these women are in their 30s and will now be routinely tested to see if they can have a child.

“This is a new kind of surgery,” said Dr. Mats Brannstrom in Gothenburg. “We have no textbook to look at.”

Womb transplants have been previously attempted in Turkey and Saudi Arabia but the women could not conceive. In Britain and Hungary such operations are being planned. The current procedure in Sweden though is a temporary transplant to see if conception can occur.

One woman had an infection in her newly received uterus and others had some minor rejection episodes, but none of the recipients or donors needed intensive care after the surgery, Dr Brannstrom said.

He also added that all of them left the hospital within a few days.

The transplant procedures began in 2012 with donors being mothers or female relatives of the recipients. Initially the team had planned 10 transplants but one woman could not proceed because of medical reasons.

The doctor said that the recipients, whose identities have been kept under private, cannot become pregnant naturally as their fallopian tubes have not been attached with the uterus. But all of them have ovaries and can produce eggs. Before the transplant procedure, some of their eggs were removed and frozen so that they could be fertilized using in-vitro fertilization and the embryo placed into the donor uterus.

About one in 4,500 girls are born with a syndrome, MRKH, where they do not have a womb. Many women suffering from cancer also might have to get their uterus removed. For such women, the procedure offers a lot of hope to still have biological children.

Experts say that it is a significant breakthrough but it is still to be seen if healthy babies are born.

Dr Brannstrom said using live donors allowed them to ensure the donated wombs were functional and did not have any issues like an HPV infection.

The Swedish researchers had successful womb transplant procedure in animals including mice, sheeps and baboon although none gave birth to babies. Now the team of doctors plans to start transferring embryos in the recipient women within the next few months, hoping that they can carry the pregnancy to term.

The Swedish doctor added that they would have the transplant only for two pregnancies after which the wombs will be removed so that the women can stop taking the anti-rejection drugs for the transplant. The drugs may cause high blood pressure, swelling and diabetes and may also raise the risk of some types of cancer.

In 2000 the first womb transplant took place in Saudi Arabia using a live donor. Unfortunately the uterus had to be removed after 3 months because of a blood clot.

The world will surely be watching out for the first babies from this novel procedure, raising hopes for many childless couples.