Testing for gestational diabetes has been recommended by some medical groups for a while now, and for about 96 percent of all U.S. obstetricians, it’s been a routine test for years. But it’s only been recently that the U.S. Preventative Services Task Force has officially recommended the commonly administered test. It is their first official statement on gestational diabetes since 2008, when they felt there was insufficient evidence to give a recommendation. 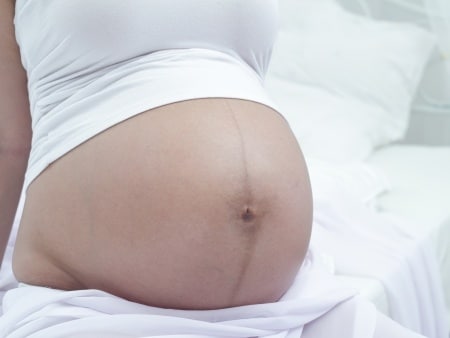 Out of the some 4 million women who give birth each year about 240,000 of them are diagnosed with gestational diabetes. The condition occurs when the body is unable to produce enough insulin and/or use it correctly. As a result, the expectant mother can no longer convert starches and sugars from food into energy effectively. If left untreated, it can result in a number of complications for mother and baby, including preeclampsia, insulin shock and insulin coma.

Allyson McCormley of Scottsdale, Arizona, was diagnosed with gestational diabetes when she was pregnant with her second child. After being diagnosed, her doctor placed her on a strict diet of lean proteins and vegetables. Unfortunately, dietary changes weren’t enough to curb Allyson’s diabetes, so her doctor ended up placing her on low doses of insulin.

“I was miserable,” Allyson told Today. “I was hungry all the time and watching my husband and daughter and my family even eating a sandwich or pasta. I was jealous and envious. I couldn’t wait until the baby was born so I could eat a cookie or a sandwich.”

But Allyson knew that she had to stick to her diet, not just for herself, but also for her growing baby. She checked her blood sugar twice a day, kept a food diary, and worked to have the healthiest pregnancy possible.

“It was hard, but I wanted a healthy baby and I was willing to do anything to ensure that,” she said.

Thankfully, it all paid off. Miles was born, without complications, on March 21, 2012. Allyson says both she and her son are doing great.

But what if testing hadn’t been administered to Allyson during her pregnancy? She could have gone right on eating the way she was. The condition might not have been caught early enough to help her ensure the healthy delivery of Miles. It is women like Allyson and babies like Miles that are the reason behind the new recommendation, Dr. Nicholson said. She and the task force hope that the new recommendation will help raise awareness of gestational diabetes and encourage women to take preventative steps before it occurs.

“One of the key steps women can take to reduce the chances of gestational diabetes is having a healthy diet and being physically active prior to pregnancy,” she said.