It was the quick thinking of one woman that saved the life of a tiny baby who was born into a toilet at a homeless shelter in Queens earlier this week. 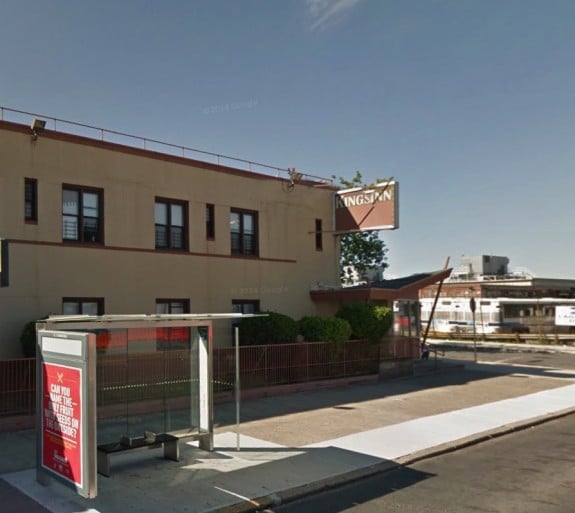 When first time mom-to-be Alana Goins started to feel pain she wasn’t sure what it was.  Just six months along, she didn’t think it could be labour, but sadly it was.

Not ready to give birth, she suffered from a panic attack when the baby was born in the toilet.

“I was scared. I didn’t know what to do,” she told the NYDailyNews.

Fernanda Avellaneda, another resident at the Kings Inn shelter, was at the building’s front desk around 12:30 p.m. when a call came in informing the receptionist that one of their residents had gone into labour.  While frantically called 911, she asked Avellaneda to tell the main office what was happening. Fernanda did, and then ran to the room herself.

But when she banged on the door she could only hear crying and frantic mumbling.

Once Alana opened the door, Fernanda was able to decipher the frantic woman’s pleas.

After rescuing the tiny baby girl from the toilet, she placed her in the kitchen sink and started CPR.

A few moments later the baby started to respond and began breathing on her own.

“When that baby gasped for air I was so happy. I was like, this is a miracle!” Avellaneda said.

When the ambulance arrived six FDNY paramedics took over, putting an oxygen mask on baby, wrapping her in aluminum blanket and rushing her to Elmhurst Hospital. The little girl, whose name is Mikayla, is now recovering at the hospital with her mom.

“I was shocked. I didn’t think I was gonna have my baby at six months,” said a still shaken Goins. “I didn’t think the baby was gonna survive. But she did, thanks to her!”