Home » Parents Upset After Their Newborn Is Given To Another Mom

The first few days after a child’s birth are incredibly magical. It’s a special time where mom, dad and baby can all bond together. There is truly nothing like it. But one California hospital is coming under fire after giving an premature infant to the wrong mother to breastfeed. 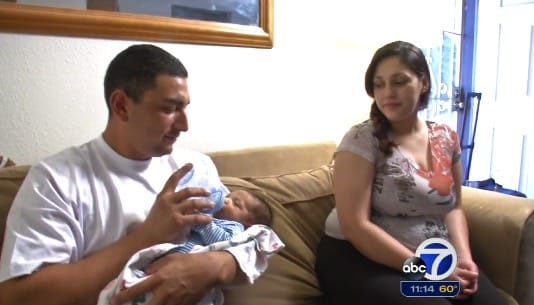 Carlos Urrutia recalls the happiest moment of his life, when his partner Tenisha gave birth to their son, Marcello. Urrutia said, “It was actually, it was amazing.” But little Marcello, born 44 days ahead of schedule, had to stay in the neonatal intensive care unit at Alta Bates Hospital in Berkeley, California. Urrutia recalls the first moments after Marcello’s birth, saying, “Mostly, it was breathing that they were really concerned about because they said his lungs weren’t fully developed.” 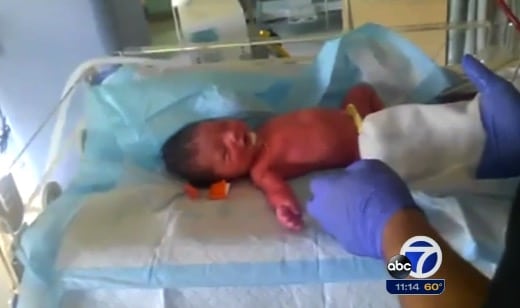 The morning after his tiny baby was born, Urrutia arrived at the hospital, excited to see his child and partner. Nurses escorted him to room four in the NICU. That is when things got really confusing.

Urrutia recalls the feeling as the nurse brought him into the room, saying, “And she pulls the curtain back and she’s like, ‘Mom’s right here,. I’m like, ‘That’s not mom.’ I was like, ‘Who is this?’” It was certainly a stunning sight for Urrutia, but not for the reason one would think. The new dad was dismayed to see a woman, who was clearly not Marcello’s mother or his partner, holding his son. He recalls the scene, “The lady is holding my son, skin-to-skin, with her breast near his face. So my first reaction is, I’m like ‘You’re breastfeeding my child, he’s not even a day old, I don’t know you.’” 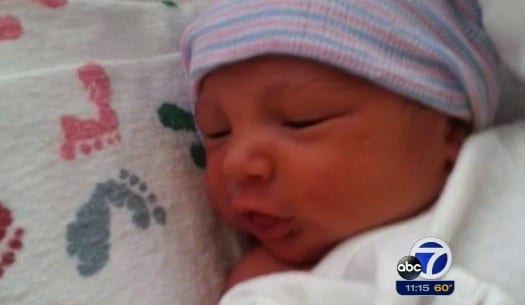 While Urrutia said that he felt like shouting because he was so upset, he thought better of it because he did not want to disturb the other babies in the unit. Instead, he took what action he could, writing on the dry-erase board in the unit, “Make sure you check the bands! If the names aren’t Carlos – Dad, or Tenisha – Mom, he’s not yours. Don’t touch my son. Love, the Father.” While ABC-7 news investigated and tried to reach out to the hospital, a spokesperson declined to comment on the incident. However, they did send a few photographs of the NICU and an e-mail confirming that a nurse in the unit gave Marcello to the wrong mother, blaming, “a misunderstanding because the surnames are similar.”

The hospital has since instituted a “higher level of additional communication, monitoring and auditing with every RN on the hospital’s identification policy.” Candace Campbell, a professor of nursing at the University of San Francisco, has quite a lot of experience working in a NICU. She told ABC-7, “Security is a priority because we want to make sure that the right mom gets with the right baby.” Campbell explains the procedure followed after the birth of a child. The infant is given two kinds of bands – one has an identification number that matches mom’s wristband, while the other is GPS tracking device with an alarm.

In Urrutia’s case, the nurse present failed to make a connection with Marcello and his mom. Campbell said, “In the case of, this was a newer baby that there’s a system communication breakdown.” But this isn’t the only mix-up that Alta Bates Hospital has been involved in. Earlier this year, the Centers for Medicare and Medicaid Services had threatened to pull funding from the hospital because of “serious deficiencies” that involved “nursing and surgical services.”

During one instance it is alleged that nursing and staff had failed to recognize that a patient had a difficulty swallowing, which lead to him choking on food, and dying. Another case involved a doctor injecting the “wrong solution” into a cataract patient’s eye, which can lead to “a possible loss of vision.” Officials note however, the hospital has since taken corrective action and now is in good standing.