Already the father of three, Tim Brummel noticed his wife Rachel having pregnancy symptoms, complaining of nausea, fatigue and increased appetite. So even though Tim had recently had a vasectomy he was suspicious – especially when he realized that he hadn’t yet had the standard five month check-up to see if the procedure had been a success. 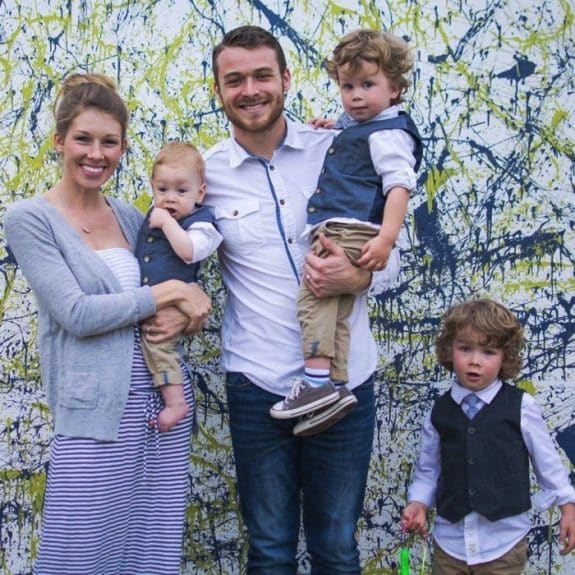 It’s not that uncommon for a vasectomy to fail for several reasons. Most common is having unprotected sex right after the procedure before all of the remaining live sperm have been flushed from the system.

Less normal failures happen when the sperm tubes reconnect after the surgery or when live sperm penetrates the soft scar tissue shortly after the procedure.

Discovering his vasectomy hadn’t worked, Tim knew that it was probable that baby number four was on the way. To find out for sure, he got sneaky. Tim disabled the toilet flush and used a pregnancy test after Rachel had used the facility. The test came back positive.

He decided to film his wife’s reaction when she got the news. He bought her flowers and hid the positive test results inside of a card, reading “If ever you worried that life would be a bore, put that fear aside – you are now a mommy of four.”

When Rachel opened her card she was shocked, and a little suspicious. As reality sank in, she cried tears of joy and told her husband she didn’t know what to think, saying “for real?”

This Atlanta couple waited to make their surprising announcement to family and friends until they learned the sex of the new baby. Then they broke the news to their three young sons that another brother was on the way.

Their oldest seemed disappointed, telling Rachel and Tim “I wanted a sister.”