Erika Christensen wore a red floral dress that showed off her baby bump while leaving the Chateau Marmot on the Sunset Strip after Max Mara’s 2018 Women in Film: Face of the Future Event on Wednesday June 12, 2018. 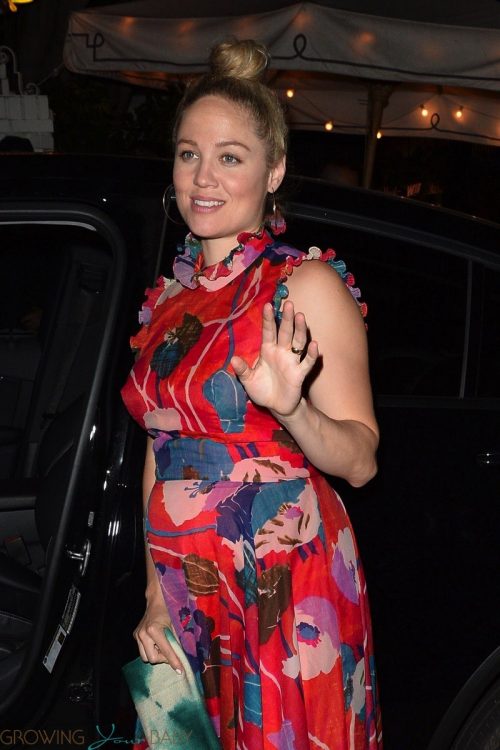 Pregnant with her second child, the actress posted a photo of growing belly in the dress while looking over New York City a couple days ago.

Erika was planning to keep the sex of the new baby a secret. However, while talking about how excited her first daughter Shane is about becoming a big sister, she gave it all away.

“My mom got her a T-shirt that says, ‘Big sister.’ She seems to grasp that there’s a baby in here. She’s giving the baby some kisses. Hopefully the little one will learn a lot from her sister,” Realizing what she had said. “Oh, well, there you go.” 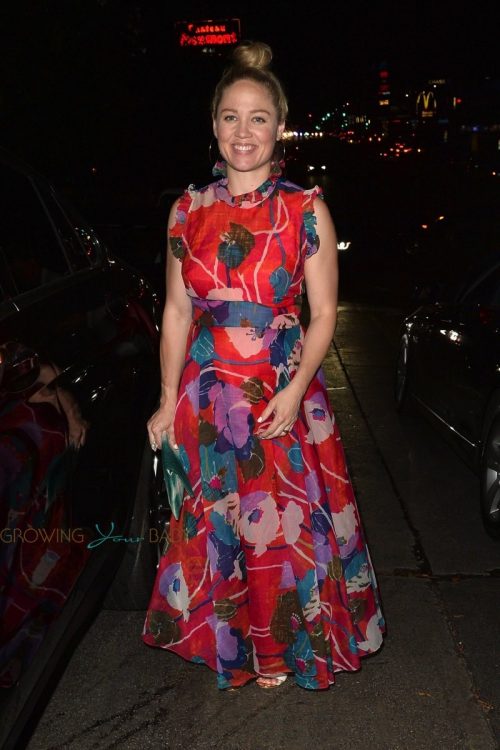 ALL ABOUT THE ANGLE. #swipe #secrets

A week later she showed off her growing belly on the beach while doing yoga with her husband.

Ok, first of all, I’m a little further along then I let on. Bumpin for real. And secondly, I have never done this in my life. My friends practice acro-yoga and convinced me I’d be totally fine. They were right. Super fun, easier than it looks, and why not make a spectacle at the beach? #pregnant #AF