Home » Mila Kunis Runs Errands in LA With Her Family

Almost there! Mila Kunis showed off her growing belly in a bright blue top as dropped off her daughter Wyatt at a class in Los Angeles California on Tuesday October 25, 2016. 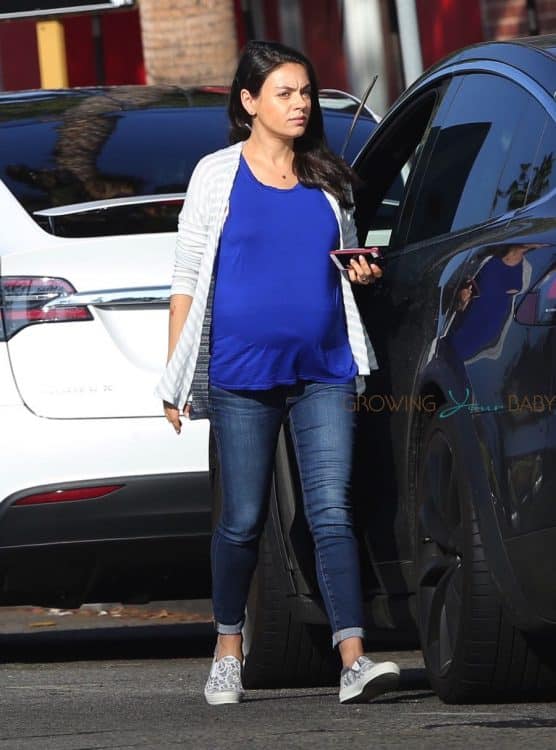 The excited daddy spilled the baby’s gender on The Late Show with Seth Meyers saying,

“We haven’t told anyone. We’re having a boy!” the star admitted. “I was hoping for a girl because first of all, our first girl is unbelievable. But also I figured if we had a girl second, [Mila] might give me one more shot at having a boy and now I don’t know. It’s even money, she might cut me off. I want, like, 12 of them.”

Just a couple days ago the couple was spotted out shopping with Wyatt in Studio City. 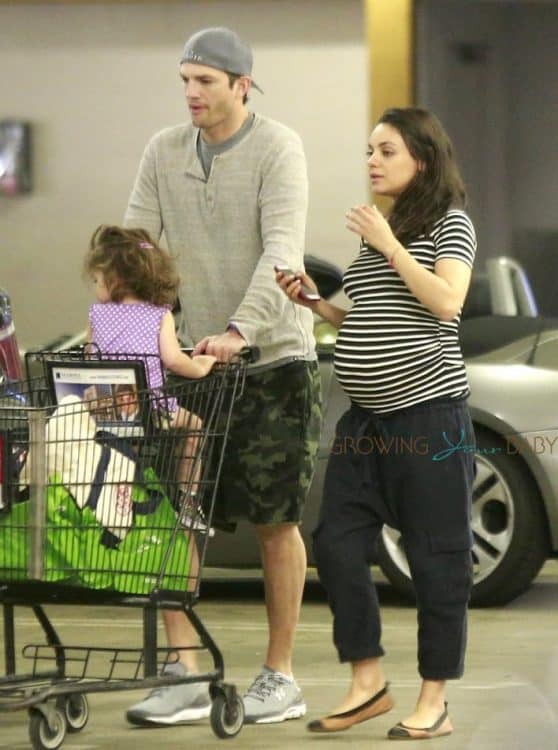 The happy family enjoyed some lunch together before grabbing groceries.  Mila was comfy in a striped belly hugging tee, cargo pants and ballet flats, while her little lady was cute in polka dots and high tops! 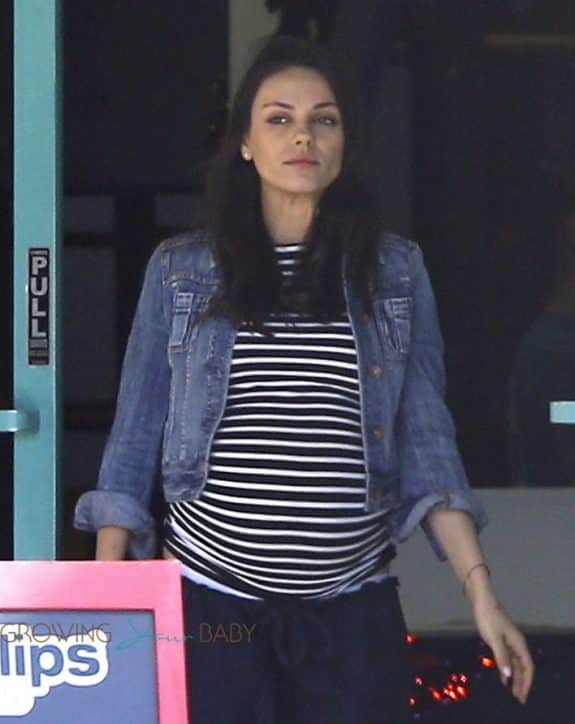