Home » Almost There! Mila Kunis Steps Out in LA 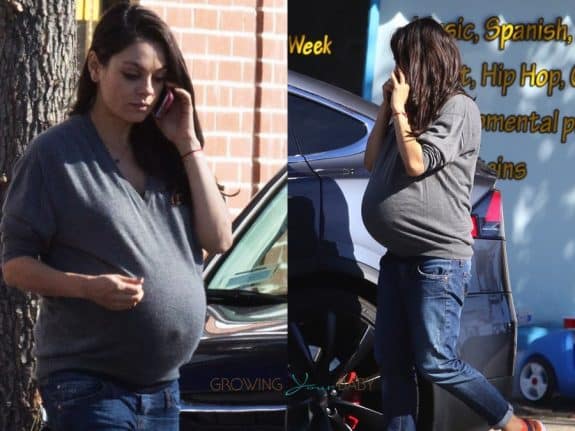 Due very soon with her second child, a boy, the actress was casual in a grey maternity top, blue jeans, and sneakers. 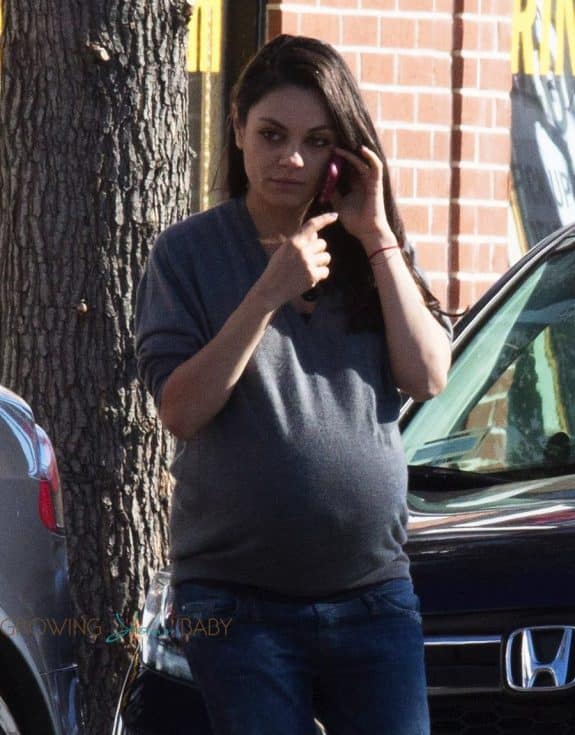 A source close Mila told E! News she hasn’t been getting as much rest during her second pregnancy while looking after her 2-year-old Wyatt. 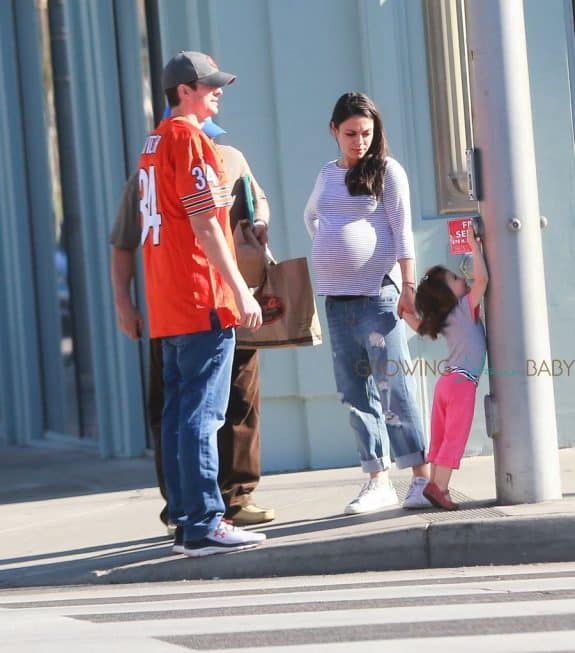 “She is feeling good, although taking care of a toddler while pregnant is different for her than the first time around, where she could rest a lot more.  Ashton dotes on her though. He always carries Wyatt and doesn’t want Mila doing any lifting at all. He has always been very hands-on, but he has really been taking over lately and trying to give Mila a break.”

The couple is often spotted out together running errands and having breakfast with Mila’s dad on Sunday.

Soon, they will need a table for 5!