A pregnant Rose Byrne was spotted out with her son Rocco after catching a ride on the subway on Friday September 15, 2017. 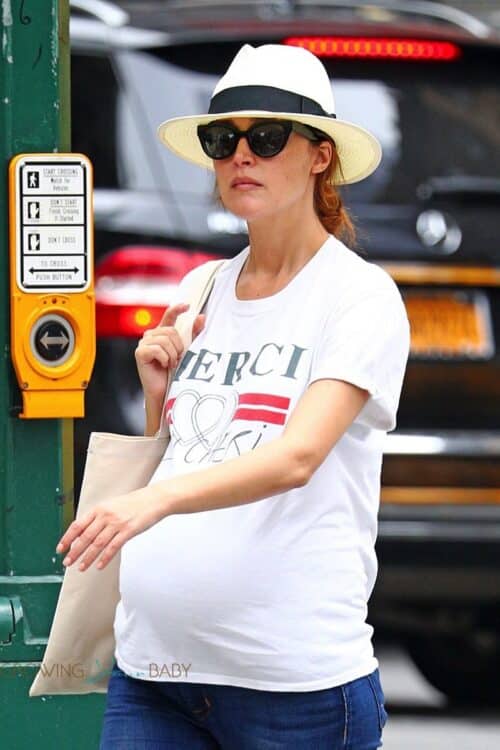 The actress showed off her baby bump in a white t-shirt, blue jeans, and white sneakers as she pushed her little guy through the big apple. 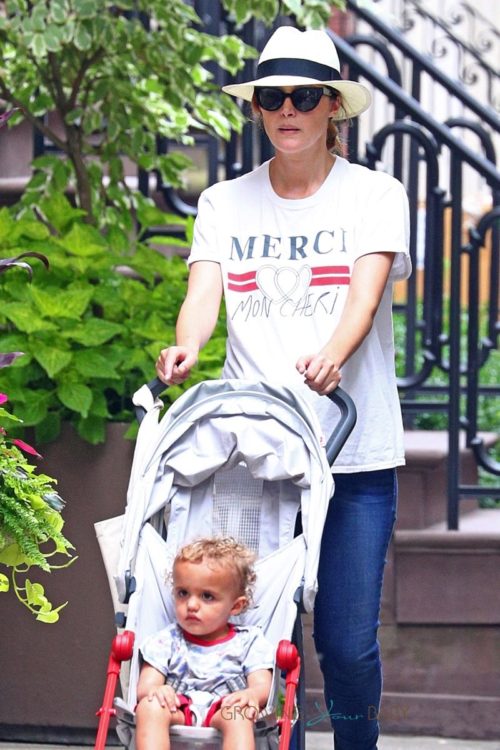 Rose and husband Bobby Carnavale announced they were expecting their second child in August.

During a recent interview with Jones, she revealed this pregnancy was going well.

“I’m a little tired but feeling good,” she says. “Everyone was very sweet on set today, and you always get a little bit more attention when you’re pregnant, which is fabulous.”

“I’ve always wanted to do a kids’ film,” she told the magazine, “And I thought it would be sweet to do one now that I’ve had my own child.”

By the time the movie hits theaters next year she may have two little owns who will enjoy it.