Mama-to-be Roselyn Sanchez and her husband Eric Winter were photographed arriving at the AOL building in New York City on Wednesday to promote their new book ‘Sebi and the Land of Cha Cha Cha’. 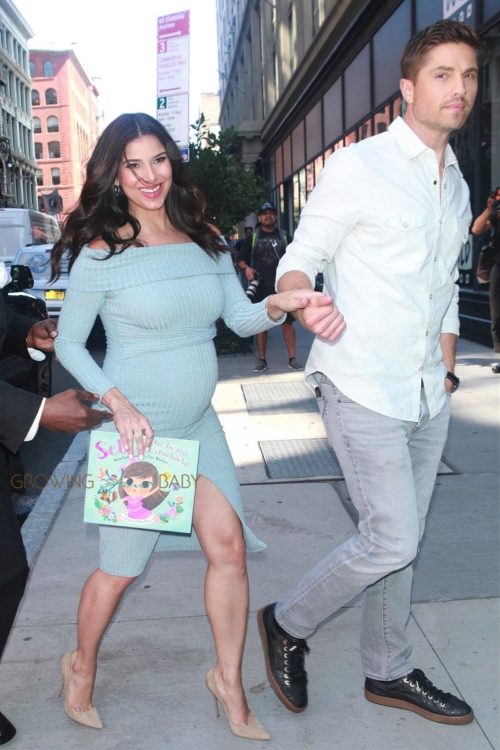 Now 30 weeks pregnant, Roselyn was beautiful in a blue off the shoulder bump hugging dress. 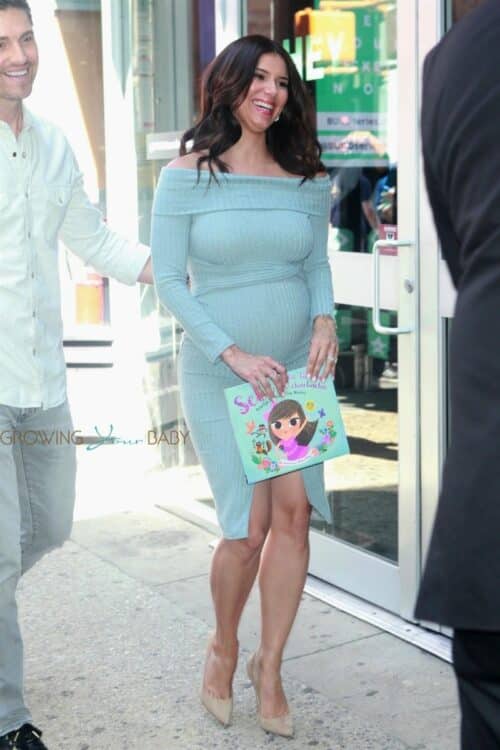 The story, whose main character centers around their 5-year-old daughter Sebella, is about a little girl who loves the dance. “Her mother says she is a bit too young, but when a beautiful Cotorra bird flies by and invites her and her friend to follow … the adventure begins!”

The idea for the book came to life after Roselyn ‘realized there was no book that embraced the Latin culture when it comes to dancing.’

Noting that ‘There’s a lot of books about ballet, you know, and there’s wonderful books about ballet and tap, but there’s nothing that will teach kids how to be a La- a ballroom dancer. You know, like Latin rhythms.’

The actress told her husband, “You know, I wanna find something that is bilingual, that talks to Sebella about what I grew up with: salsa, merengue, cha-cha-cha, you know, like, oh, bachata y pasodoble and samba and that’s how it started, like, two and a half years ago.’ 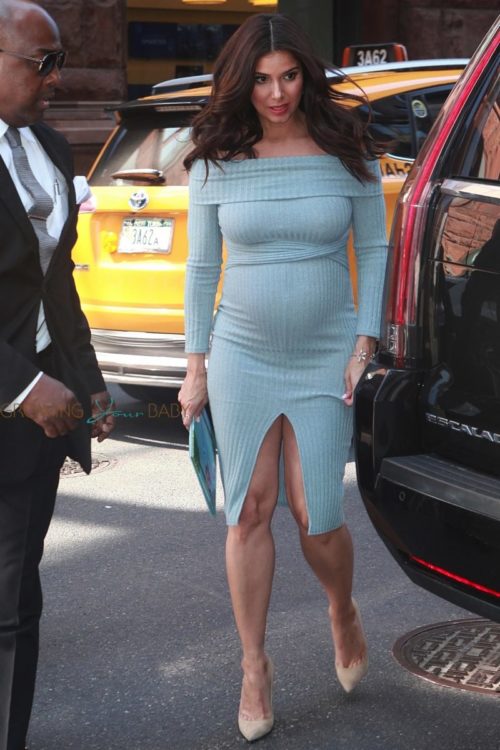