The Duke and Duchess of Cambridge, Prince William and Catherine capped off their whirlwind trip to New York City by attending the 600th Anniversary celebration of their alma mater, the University of St Andrews at the Metropolitan Museum of Art. 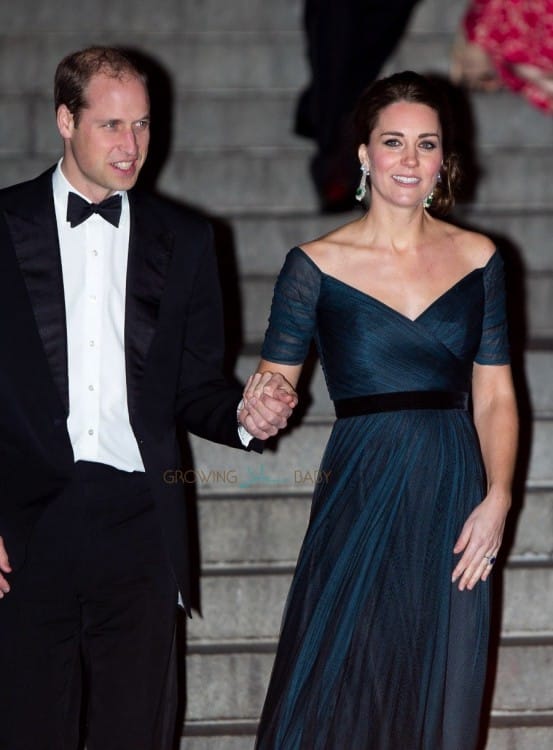 Now five months along, Kate’s growing belly was barely visible in a blue Jenny Packham evening gown.  Famous for re-cycling her favorite dresses, Kate also wore the gown first in October 2013 and then again in February 2014. 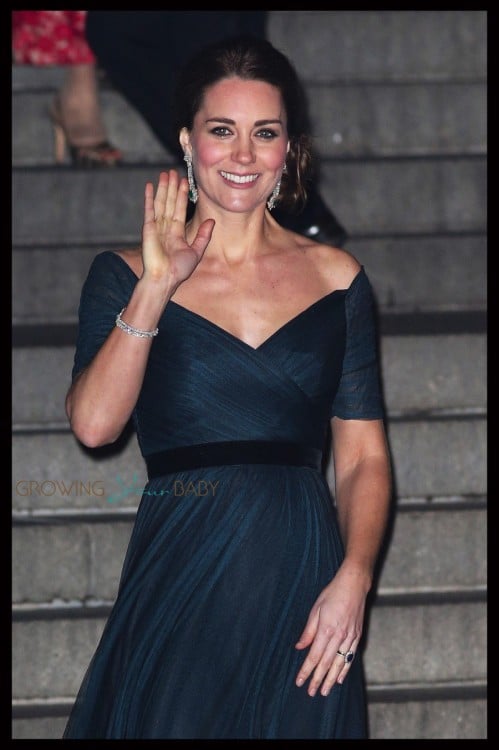 During his speech The Duke spoke warmly of the university where he met his wife, its academic traditions – and reputation for hard drinking.

“I don’t need to tell all of you just how much St Andrew’s University means to me and Catherine,” he said.

Turning to the university’s Principal Louise Richardson, he went on: “It goes without saying to those in this room that the education we received there was first class.

“Louise, you may need to close your ears at this point but it’s often said by the undergraduates of St Andrews that you leave the university in either one of two states: either married or an alcoholic. Fortunately for Catherine and me we ended up married.”

Earlier in the day the couple toured the National September 11th Memorial Museum and took in the view of the city from the Empire State Building. 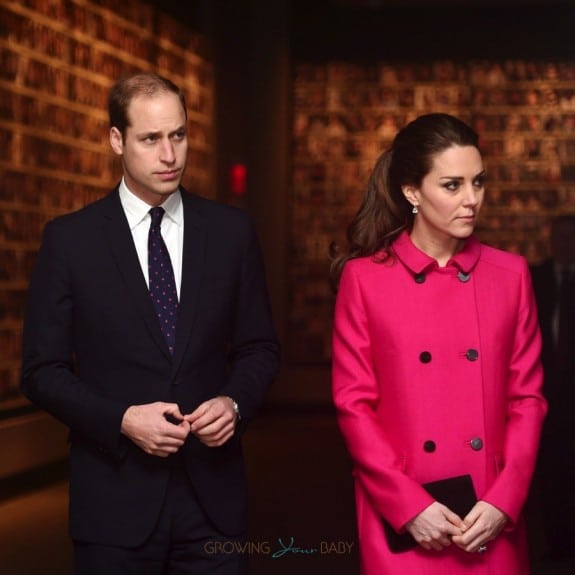 Shortly after their dinner at the MET William and Kate were whisked away to the airport, still in their formal wear where they changed for the 7 hour flight.  Only in the United States for 3 days, the pair is likely eager to get home to see their son, Prince George.