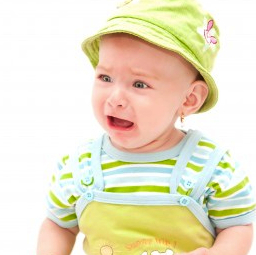 According to psychologist and broadcaster Oliver James, when toddlers behave badly the blame most likely lies with mom. His new book, How Not to F*** Them Up, argues that bad parenting is what causes many childhood issues.

In the sequel to his 2002 parenting book, James has looked to his own unhappy childhood and came out with one conclusion. Parents are always to blame, especially moms. James warns that children placed in daycare are more likely to be disobedient and aggressive children, and suggests that mothers should instead stay home with their children during this time.

He writes: “As a parent of a child of this age, you need to realise that if things go pear-shaped it is actually always your fault, in the sense that if you keep a close enough eye on them you can prevent atrocities.”

The book is stirring up many complaints from working mothers who feel that James is trying to take women back several decades. However, the author claims he is not really against women in the workforce.

Among his anti-childcare stance, James also argues against strict schedules and discipline for young children. Oliver James also attacks other parenting experts such as Gina Ford, who advocates for letting infants and toddlers cry to sleep. James feels that while some infants learn to sleep through the night by crying “it is the babies whose needs have been met who become the secure, calm and satisfied children and productive schoolchildren.”

Oliver James said that he wrote this new book after being in therapy helped him to realize that not all of his childhood problems were his fault, but instead were induced by his parents.

“Yes, of course I was a bad boy, but it wasn’t my f***ing fault! My parents were very muddled and had caused me to be like this.”

While I agree that strict schedules and cry-it-out are negative to infants and children, I just cannot get past his assumption that all bad behavior is the parents’ fault. Especially when he seems to direct most of it towards working mothers. Sometimes, there are other forces at work. – Summer, staff writer