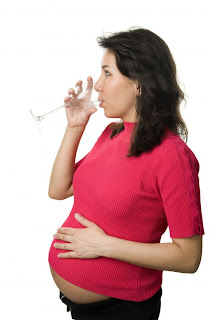 A national alcohol research group is concerned that the media’s misinterpretation of a recent British research study could encourage pregnant women to be more at ease with temperate alcohol consumption – especially during the holiday season.

Some media reports erroneously stated that the study by The University College London researchers revealed that light drinking by pregnant women could be beneficial to their babies. While other articles said light drinking during pregnancy would not affect the behavior or mental acuity of babies born to drinking mothers.

The Fetal Alcohol Spectrum Disorders Study Group, a subgroup of the Research Society on Alcoholism, says the conclusion of the study was not reported accurately. “Unfortunately, several media outlets misinterpreted this report to mean that drinking improved the children’s outcome,” the FASD Study Group said.

The published report looked at the drinking patterns of pregnant mothers of three-year-olds and assessed the behavior and cognitive skills of the children. The University College London researchers actually reported that the children born to women who drank lightly during pregnancy were not at increased risk compared with children of mothers who did not drink during pregnancy.

“Generally, the adverse effects of light drinking during pregnancy are subtle and may go undetected in children,” said Feng Zhou, Ph.D., president of the FASD Study Group and a professor of anatomy, cell biology and neurobiology at the Indiana University School of Medicine. “Other alcohol research studies of moderate drinking during pregnancy have shown an adverse impact on multiple aspects of development through adolescence and young adulthood even when other important environmental factors are taken into account.”

“The media reports are alarming for a number of reasons but it is particularly disturbing at this time of year when holiday parties may make alcohol consumption more accessible and appealing to pregnant women who have read the erroneous reports,” he said.

In short, he said that, “The consensus of public health providers and alcohol researchers is that even light drinking can interfere with biological processes critical in the development of the fetal brain.”

We saw this reported in the media a while back, but opted not to cover it because of the research that has been done in the past to prove otherwise. A zero alcohol policy during pregnancy is always the safest choice to make.