Home » Rapper M.I.A. Show Off Her Bump At The Grammys

British rapper MIA redefined maternity style at the Grammy Awards last night as she took to the stage on her baby’s due date.

The singer overlooked a traditional empire line dress in favour of a daring sheer confection that exposed most of her baby bump. 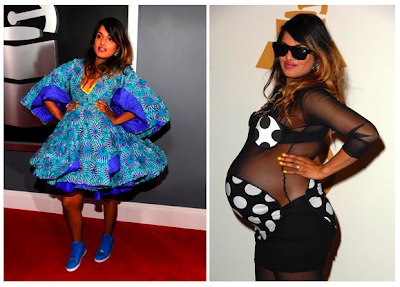