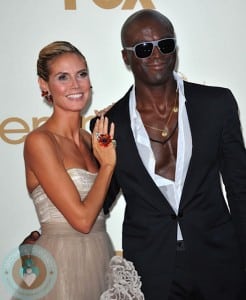 Strong rumours online suggest that one of our favorite celebrity couples is set to split.

TMZ set off the media firestorm today when it reported that Heidi Klum will file for divorce from her husband of 7 years Seal early this coming week citing “irreconcilable differences”.

The pair who have been married since 2005, are parents to 4 children; three of them together.  When they began their relationship Heidi was pregnant with her daughter Leni, from a previous relationship.  In September 2009, Seal officially adopted Leni, and her last name was changed to Samuel.

The last time we spotted the couple they were enjoying the slopes with their crew in Aspen.

They both tweeted a photo of the two of them together enjoying their time with the kids.

We hope that the rumors aren’t true.  We thought that their yearly vow renewal was a great way to keep them strong.