Despite weeks of denials by Jennifer Hudson and those around her, published reports this weekend said a baby shower in Chicago is confirmation that the Oscar-winning actress is pregnant. 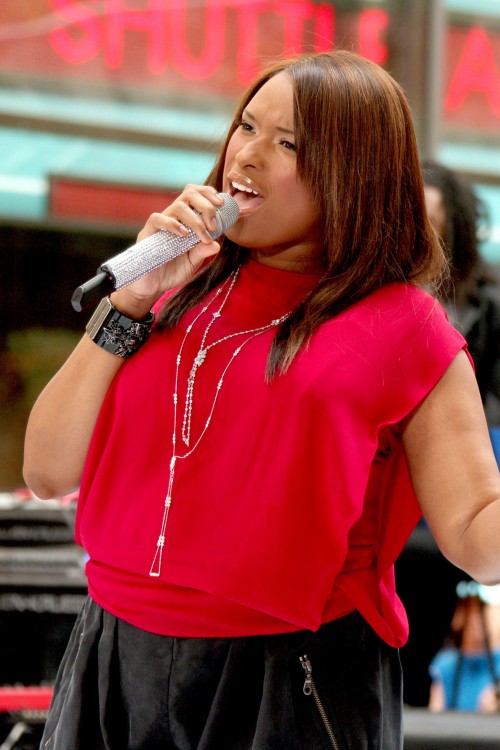 “It was a baby shower, a quiet gathering of friends and mostly family,” singer/actress Felicia Fields, a longtime Hudson friend, told the Chicago Tribune about the Saturday event at a relative’s home. “They’re really trying to keep it kind of quiet.”

The 27-year-old singer and actress has been very tight lipped about anything relating to her personal life including wedding plans with reality TV star David Otunga.

The photo shown was taken less than 2 weeks ago during a performance on the Today Show’s Concert Series at Rockefeller Plaza. While she could be pregnant, she just appears to have a bit of extra weight on…

While it can’t be confirmed how far along the star may be, speculation is that she could be several months pregnant based on the loose-fitting clothing she has worn during recent public appearances.

She did, however, confirm to the paper that “they don’t know” the gender of the baby.

The photo shown was taken less than a week ago on the Today Show’s Concert Series at Rockefeller Plaza. She doesn’t look pregnant, but the outfit she is wearing cuts her belly in half, which can make it tricky to tell.

I guess time will tell…