Home » Report: Morning After Pill Ineffective For Women Over 165lbs 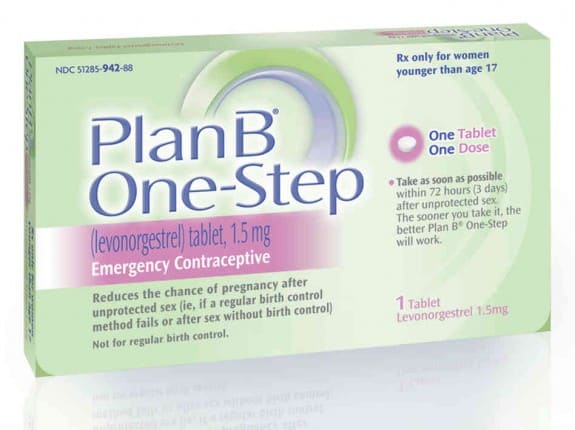 According to Mother Jones, HRA Pharma, the maker of the European-sold morning after pill, Norlevo, started investigating the need for a label change after Anna Glasier, a professor of obstetrics and gynecology of the University of Edinburgh, published a research paper on emergency contraceptive pills back in 2011. The paper indicated that levonorgestrel pills were prone to fail in women with a higher body mass index. Karina Gajek, a spokeswoman for HRA Pharma told Mother Jones in an email that by December 2012, the company had reviewed the data and requested permission from a European Union governing body to update their product information.

But this isn’t just an issue in the U.K.

Designed to prevent pregnancy if taken within hours of unprotected intercourse, all of the morning after pills sold in the United States (Plan B One-Step, My Way, Next Choice One Dose, and a number of generic two-pill emergency contraceptive pills) sold without a prescription have dosage and chemical makeup identical to the European drug. This means that U.S. women should also heed the warning. In fact, the Centers for Disease Control and Prevention’s weight data suggests that, at 166 pounds, the American-sold emergency contraceptive pills lose their efficacy.

This is a pretty concerning problem since data for the years from 2007 to 2010 shows that the average American woman over the age of 20 weighs 166.2 pounds – greater than the weight of which these over-the-counter prescription pills start to lose their efficacy. And the average weight of non-Hispanic black women between the ages of 20 and 31 well exceeds the weight in which these pills are considered ineffective (186 pounds, on average).

But what’s interesting is that American manufacturers do not currently advise American customers on weight limits for levonorgestrel-based emergency contraceptive pills. What’s more, generic sold morning-after pills are restricted by the Food and Drug Administration from changing their labeling information before the brand-name manufacturer does. Teva Pharmaceutical Industries, the makers of the Plan B One-Step, refused to comment for the Mother Jones article on emergency contraceptives, as did Gavis, the manufacturers of My Way (Plan B generic). The manufacturers of Next Choice One Dose (Activis) did not even respond when emailed by Mother Jones.

Reality is, without acknowledgement of the problem, it’s unlikely that any company will even attempt to make changes to make the levonorgestrel-based emergency based contraceptives. But even if change does happen, and drug manufacturers in the United States do make the change, it’s not clear as to whether or not an effective over-the-counter pill for women over 165 pounds can even be made.

Sadly, that is unlikely to be a helpful option for many American women. Some women (both adults and minors) struggle to pay for even oral contraceptives, let alone an IUD insertion, which can cost anywhere from $500 to $900. Additionally, these options do nothing to prevent pregnancy once intercourse takes place.