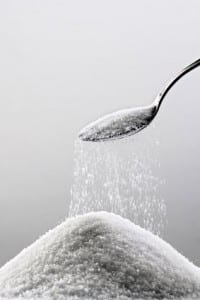 With rising cases of obesity, parents are on the lookout for healthy meal options that provide a ready made solution for adults as well as children. But according to Environmental Working Group (EWG) that reviewed 84 popular breakfast cereal brands sold in the United States, the amount of sugar in these cereals is much more than the sweetest desserts!

The reviewers found the worst case was Kellogg’s Honey Smacks. It contains nearly 56 percent sugar by weight and one cup serving of this cereal has 20 grams of sugar, which is much more than found in a Hostess Twinkie snack cake.

Even other popular brands like the Cap’n Crunch and Honey Nut Cheerios, contains more sugar than three Chips Ahoy! cookies, or equivalent to about three teaspoons!

EWG found at least 44 cereal brands that had more sugar quantity in a cup than 3 spoons full.

EWG’s Senior Vice President of Research, Jane Houlihan, said, “As a mom of two, I was stunned to discover just how much sugar comes in a box of children’s cereal.”

The shocking report stated that “most parents would never serve dessert for breakfast, but many children’s cereals have just as much sugar, or more”.

The EWG listed the following 10 worst children’s cereals based on percentage sugar by weight,

Of the 84 brands reviewed EWG found only 4 brands that complied with the government set standards of no more than 26% added sugar by weight. This guideline was proposed by the federal Interagency Working Group on Food Marketed to Children, to curb marketing of children’s food with too much sugar, salt and fat as a response to the growing obesity crisis.

This guideline cannot be enforced on the brands and they need to bring the level of sugar down voluntarily, but EWG feels that the sugar percentage should be even less than 26 percent.

NYU nutrition professor Marion Nestle said that cereal brands spend a fortune advertising the goodness of their products, and kids like them because the sugary cereals are fun. She also added that the cereals at the top of the EWG highest-sugar list also happen to make the most profit for their producers, who invest upwards of £20 million a year in advertising those brands.

“No public health agency has anywhere near the education budget equivalent to that spent on a single cereal. Kids should not be eating sugar for breakfast. They should be eating real food,” said Nestle.

Dr Andrew Weil an expert says that when he went to medical school in the 60s sugar was regarded as an ‘empty calories’ food item that had no minerals, vitamins or fibers.

“But 50 years of nutrition research has confirmed that sugar is actually the single most health-destructive component of the standard American diet. The fact that a children’s breakfast cereal is 56% sugar by weight – and many others are not far behind – should cause national outrage,” said Weil.

Research has shown that kids who eat high sugar content breakfast have a harder time at school than those who eat low sugar content breakfast. These kids have higher level of frustration, and find it more difficult to work without help. By lunchtime these kids are hungrier, find it harder to concentrate, make more mistakes and have less energy.

According to the Centers for Disease Control and Prevention, one in five children is obese in US today and these cereals are their worst enemies. Children obesity rate has tripled in US and the rate of Type II diabetes in children also has gone up. It is also possible that children might have a shorter lifespan than their parents if they are battling obesity and its related health problems.

Experts suggests that what parents can do is to try and find out more about the content of the packet rather than just picking the one with the most attractive packaging.

Prof. Nestle suggest to look for the following,