Home » Requests to Ban BPA Will be Denied Says FDA 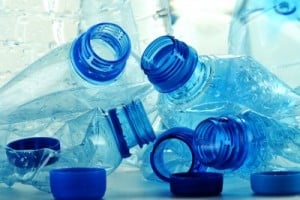 In 2008, the National Resources Defense Council petitioned the FDA regarding the use of bisphenol A (BPA) in food and food packaging in the United States. The council wanted a total ban on the chemical agent, but after nearly 4 years of silence, the FDA has said that they will deny the request. They added, however, that this is not a final safety determination and continued support for more research on the potential health effects of BPA exposure will be provided.

BPA is found in countless consumer products – everything from infant formula cans to canned food items, water bottles and other clear, hard plastics. Various studies have linked BPA exposure to various health conditions: metabolic changes in the body that can cause insulin resistance and obesity (two of the main causes for diabetes), birth defects in newborns, central nervous system damage and various types of cancer, including breast and prostate cancer.

Many products containing BPA are marketed directly to children. In fact, a recent study found that some of the highest BPA concentration levels were found in various canned food items that have children listed as their target market. Campbell Soup Co. was found to have some of the highest BPA levels on the market, but they have voluntarily agreed to “phase out” BPA from their canned food items.

Not too long ago, BPA was found in every baby bottle and sippy cup on the market. Over the last few years, however, some manufacturers have opted to remove BPA from their products. (Again, voluntarily in most cases, but some states have already placed bans on BPA use in baby bottles and sippy cups.)

All of this is extremely unnerving considering the potential health complications and long-term exposure that children may be facing. Yet, those that use or supply BPA are willing to stand behind the “safety” of their products, stating that “limited exposure” takes place. The National Resources Defense Council isn’t convinced and they believe that the FDA has “made the wrong call.”

“BPA is a toxic chemical that has no place in our food supply,” said Dr. Sarah Janssen, senior scientist in the National Resources Defense Council’s public health program. “The agency has failed to protect our health and safety in the face of scientific studies that continue to raise disturbing questions about the long-term effects of BPA exposures, especially in fetuses, babies and young children. The FDA is out of step with the scientific and medical research. This illustrates the need for a major overhaul of how the government protects us against dangerous chemicals.”

Other researchers, like the National Toxicology Program at the National Institutes of Health, have specifically looked at the subtle effects of low level BPA exposure. Even the FDA showed “some concern” about the potential effects of BPA exposure “on the brain, behavior, and prostate gland in fetuses, infants and young children.”

So why refuse the ban? According to the FDA, some studies have, indeed, raised some questions about the safety of BPA exposure in humans. They are not fully convinced, however, that the use of BPA is really a public safety issue at this point.

In their statement, they stressed that they “[have] been studying and [will continue] to study the effects of BPA and will make any necessary changes to BPA’s status based on the science. [The agency] is working toward completion of another updated safety review on BPA this year to include all relevant studies and publications.”

So, for now, it seems that we have to try and limit our exposure and the exposure of our children if we truly believe the studies ourselves. It seems convenient, doesn’t it – to blame the exponential rise of many health conditions on food and food packaging? Honestly, I don’t believe that the national health issues are attributed to any one thing. I do believe, however, that we have to be more purposeful than ever when it comes to food safety for us and for our children.