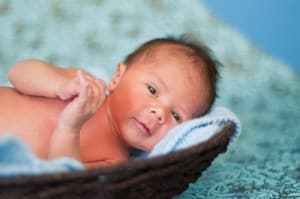 Can Assisted Reproductive Technology (ART) tilt the scale in favour of a particular gender? According to Australian researchers it can. In a national survey that studied 13,400 babies born to couples who had used artificial methods for reproduction it was found that in 56.1 percent of cases, the conception resulted in a baby boy.

The researcher, PhD student Jishan Dean from the University of NSW, also found that the most significant gender bias was seen in IVF cases where the embryo was kept in its petri dish for five days before it was implanted into the uterus.

“When you convert that to the sex ratio at birth, that’s around 128 boys to 100 girls – that’s quite significant,” she said. “This is the first time we have used national data, pooling all the clinical data together and looking at the gender of the baby and how the ART procedures can affect this.”

The reason for this odd ratio was not clear though but it is thought that during the five days the embryo was highly sensitive to its environment and rapidly dividing into cells. It was also found that in cases where the embryo was kept only for two three days, the percentage of baby boys was 51.5 which was the same rate as naturally conceived birth rate across the community.

The researcher also added that the practice of detecting gender during IVF procedures was outlawed in Australia and it was only in special cases where there was a risk of genetically transferred illness, when the parents were told the baby’s gender. The babies in the survey were all born in Australia and New Zealand over a period of five years from 2006.

Interestingly, in another IVF procedure known as the Intra Cystoplasmic Sperm Injection (ICSI) the baby boy percentage at five days was 52.5 but it dropped to 48.7 percent when the embryo was kept for two-three days so the number of boys was less.

Said Ms. Dean, “This paper is really telling (ART) clinicians that when you were finding more boys and less girls, or more girls and less boys, but … you’re thinking it is by chance, this paper proves it is not by chance.”

The result of the research should be used by ART clinics to inform parents according to the researcher as she believes there shouldn’t be an imbalance of genders.

“It is important that we don’t allow such imbalances to occur unintentionally, simply because we have neglected to study the factors that influence the (gender) ratio in the increasing proportion of the population who use ART,” Ms Dean said.