Home » Robin Thicke & Son Julian Hang Out At The Grove

Singer Robin Thicke spent some daddy time with his son Julian at the Grove in Los Angeles before filming Extra with Mario Lopez on Wednesday. 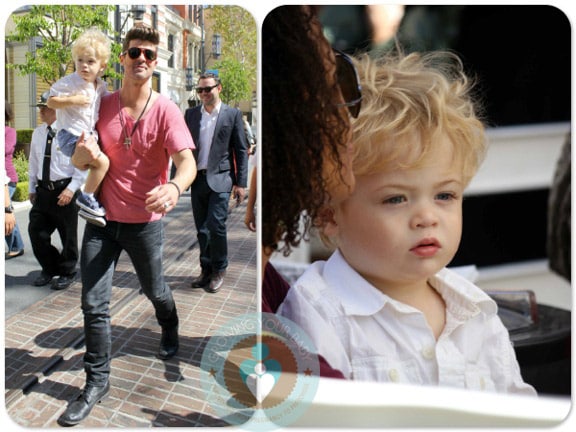 The singer, who currently co-stars alongside Kelly Clarkson, Jennifer Nettles and John Legend on Duets, may be partnering on a song with his 2-year-old son, or wife, actress Paula Patton.

Robin says they can both sing. A few years ago Paula sang a small part on a song he produced for Usher, “Can U Handle It,” and Julian, he believes, may have some promise as well!

“He has incredible pitch,” Thicke said. “He wakes up every morning and before he even cries to be taken out of his crib, the first thing he does is sing. He just kind of lies there in his crib and sings songs for a little while.”

The tot is also getting some first hand experience while he hangs out with his dad on set on “Duets”.