Robin Thicke was all smiles on Saturday while visiting Mr. Bones Pumpkin Patch in West Hollywood with his son Julian. 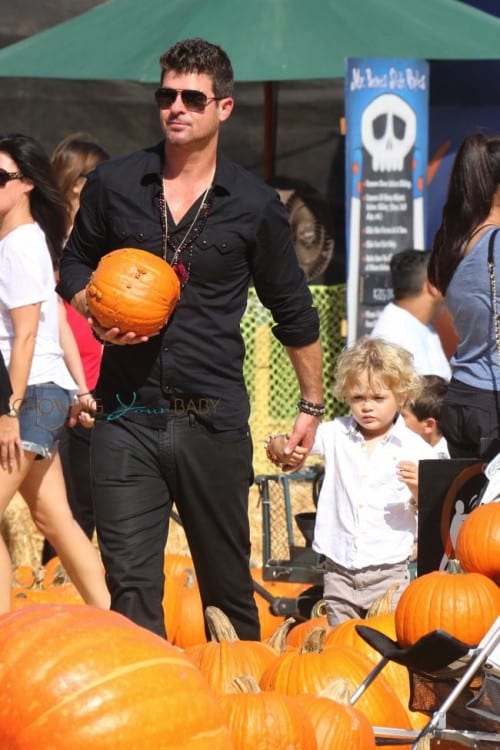 The newly single dad strolled hand in hand with is little guy as they searched for the perfect pumpkin.

While at the patch Julian rode in one of the metal wagons and whipped down the skeleton slide. 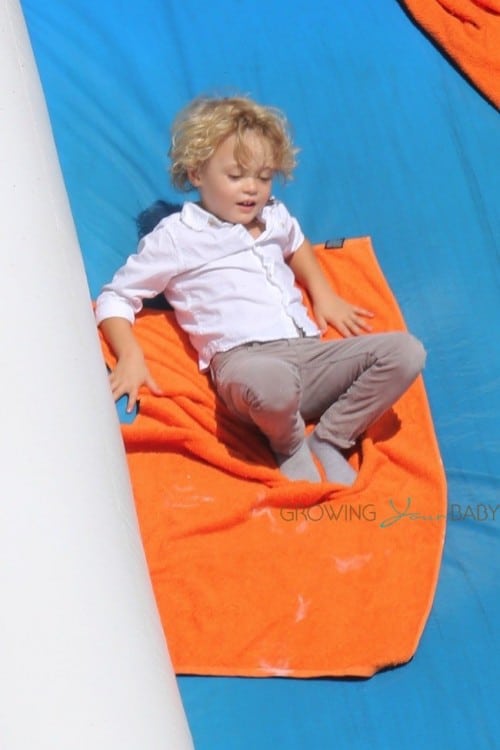 After spending a good part of the year trying to win her back, Paula made it clear earlier this month that the relationship is over when she filed for separation and joint custody of their son.    Taking it lightly, Page Six reported that the singer threw himself a “divorce party” last Friday at nightclub Hyde in LA, where he was joined by celebs like Leo DiCaprio, Tom Hardy and Emile Hirsch.

Well known for his party loving ways, Robin told Oprah, however, nothing makes him happier than his son.

“He is our good luck charm,” said Thicke.

And their best ‘work’! “We kinda knocked this one out of the park. I don’t think we can top little Julian.” he added.