Home » Roger Federer Steps Out With His Sons in Sardinia

Family time! Roger Federer was photographed out for a stroll with his twins Leo and Lenny in Portisco while on holiday in Sardinia on Monday July 24, 2017. 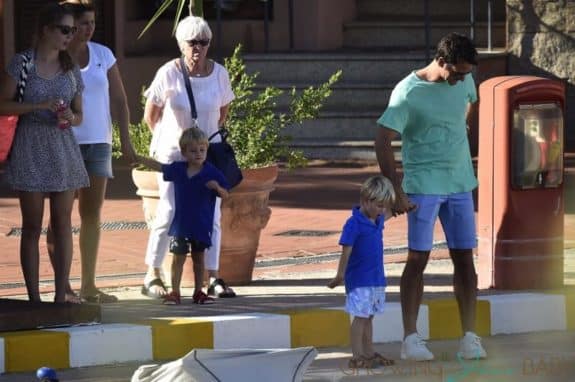 The tennis star was joined by his wife Mirka and family.

Roger and his little guy checked out the shops and yachts on waterfront. 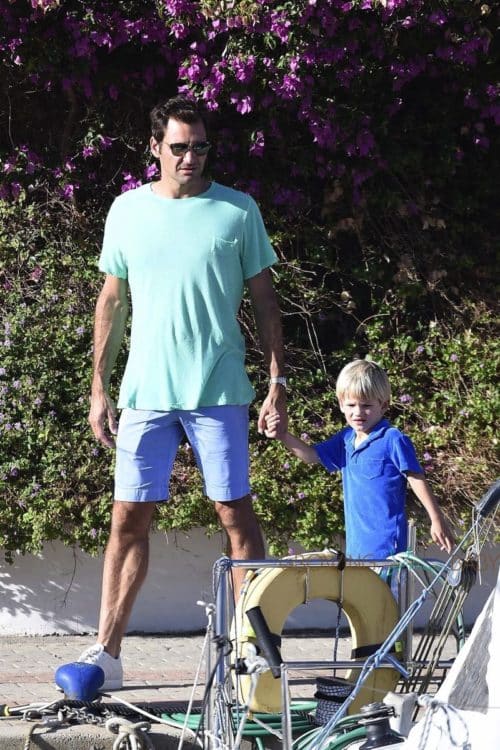 Not pictured were his oldest daughters Charlene and Myla – the couple’s first set of twins. They were, however, on hand to cheer him on when he won at Wimbeldon.

Don’t you love how each set of twins matched?  The boys are adorable in their little blue suits!