We are coming into RSV season so I though I would post some information I found on this virus.

For most of us RSV is just a cold. Some of us may have had it and may not have even known. Symptoms are runny nose, cough and wheezing. It can be dangerous for infants under 1 that is why the government now provides 5 shots over the winter to approved infants with reduced immune systems. 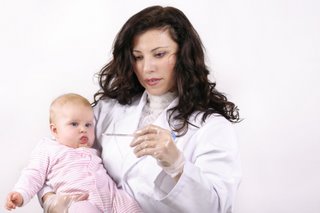 Respiratory syncytial virus (RSV) is the most common cause of bronchiolitis and pneumonia among infants and children under 1 year of age. During their first RSV infection, between 25% and 40% of infants and young children have signs or symptoms of bronchiolitis or pneumonia, and 0.5% to 2% require hospitalization. Most children recover from illness in 8 to 15 days. The majority of children hospitalized for RSV infection are under 6 months of age. RSV also causes repeated infections throughout life, usually associated with moderate-to-severe cold-like symptoms; however, severe lower respiratory tract disease may occur at any age, especially among the elderly or among those with compromised cardiac, pulmonary, or immune systems.

RSV is a negative-sense, enveloped RNA virus. The virion is variable in shape and size (average diameter of between 120 and 300 nm), is unstable in the environment (surviving only a few hours on environmental surfaces), and is readily inactivated with soap and water and disinfectants.

RSV is spread from respiratory secretions through close contact with infected persons or contact with contaminated surfaces or objects. Infection can occur when infectious material contacts mucous membranes of the eyes, mouth, or nose, and possibly through the inhalation of droplets generated by a sneeze or cough. In temperate climates, RSV infections usually occur during annual community outbreaks, often lasting 4 to 6 months, during the late fall, winter, or early spring months. The timing and severity of outbreaks in a community vary from year to year. RSV spreads efficiently among children during the annual outbreaks, and most children will have serologic evidence of RSV infection by 2 years of age.

Prevention: Frequent handwashing and not sharing items such as cups, glasses, and utensils with persons who have RSV illness should decrease the spread of virus to others. Excluding children with colds or other respiratory illnesses (without fever) who are well enough to attend child care or school settings will probably not decrease the transmission of RSV, since it is often spread in the early stages of illness.

Synagis is a prescription medication that can help to prevent serious respiratory illness in babies and young children at high risk for severe respiratory syncytial virus (RSV) disease.
Full-term babies get virus-fighting substances called antibodies from their mothers during pregnancy. These antibodies help to fight RSV and other viruses. But babies born prematurely often do not get enough of these antibodies before birth.
Each dose of Synagis gives your baby enough RSV-specific antibodies to help fight RSV infection for about 30 days, so a new shot is needed each month during the RSV season