Home » Same -Sex Couple Each Pregnant With Babies Who Are Due On the Same Day!

Anna and Renee McInarnay patiently wait for their babies arrive.  Due on the same day the couple has been dreaming of starting a family. 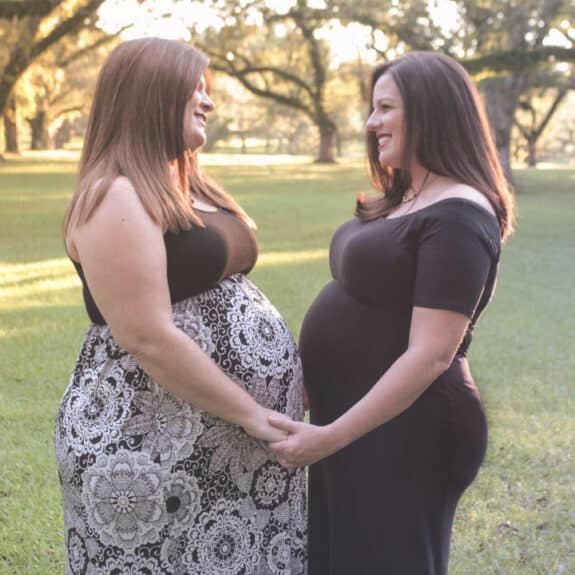 In November the couple traveled to New Orleans to start the fertility process.   Inseminated on the same day in January, they knew there was a chance they could both get pregnant. But they weren’t hopeful.

“Initially, we didn’t know if Renee could get pregnant,” Anna told Good Morning America. Renee has a hormone imbalance known as polycystic ovary syndrome (PCOS), and there was just one egg.

“I remember not wanting to waste the money,” Anna said. “The chances were so small. But one nurse said, ‘the fact that you’re here right now, there’s a fertilized egg, you’re ovulating at the same time. See what happens.’

“Thank goodness we did,” Anna said. “I remember, in the car ride home, it was quiet and Renee looked down and said, ‘challenge accepted.'”

“When they called us they said, ‘OK, sit down — Anna is pregnant,’ and I was overjoyed, I was looking at my wife, elated,” Renee said.

“Then they said, ‘but listen — Renee you are, too,'” she continued. “We were running around the living room jumping and hugging each other, losing our minds. Then we just stopped and stared at each other, crying.”

Despite their same due dates, the women will be induced 36 hours apart: Renee delivered Emma Reece on Friday and on Sunday Anna will give birth to Avonlea Grace.  The couple did this so each mom can be present at the birth of both girls.

Renee shared details of the birth on Facebook saying

“It was a very long labor that resulted in a c-section but our Emma Reese came into the world today at 11:49 am. She is 7.13 pounds and 20 3/4 inches. We are so in love already but Anna McInarnay and I are going to wait and post pics of both baby girls. Thank you for the prayers and well wishes. We expect our Avonlea to make her appearance tomorrow. ” 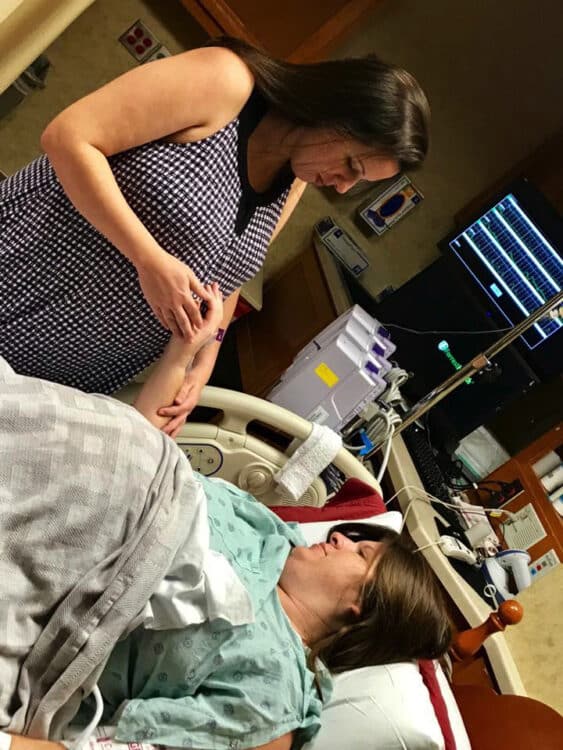