Look who’s on the move! Sandra Bullock was spotted at a SOHO park with her son Louis yesterday enjoying some playtime together. 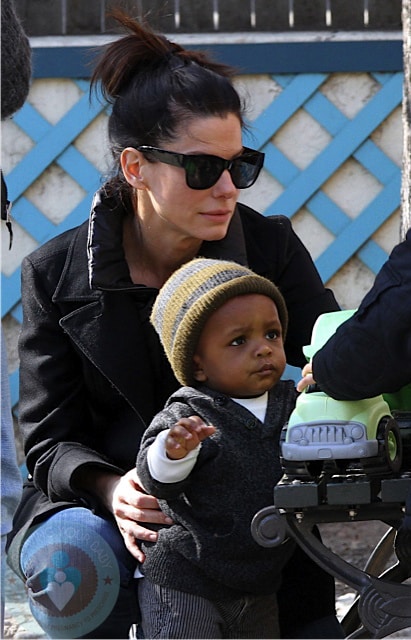 The actress is in NYC to shoot her latest movie, Extremely Loud and Incredibly Close. Louis has been joining her on the set but yesterday was some downtime for just the 2 of them. 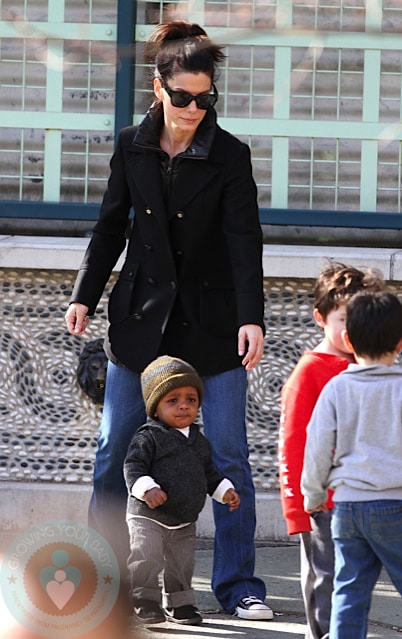 Last month when Sandra walked the rep carpet for the Oscars she told Access Hollywood’s Billy Bush that Louis was a bit of a lady’s man saying, 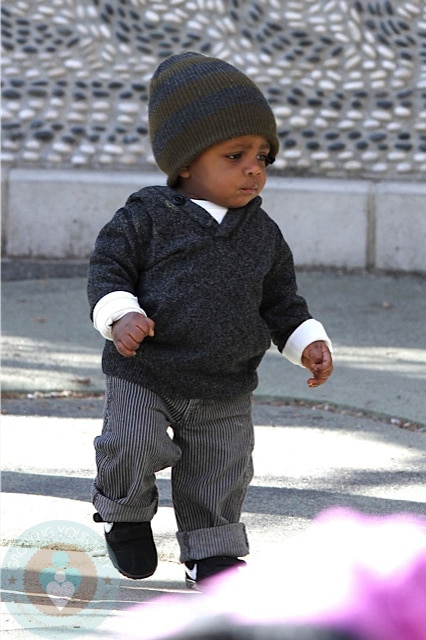 “He likes the ladies. I’m trying to keep that at bay. I’m gonna have my hands full because he flirts like he’s a flirt.

“I don’t know where he got that,” Sandra laughed,

It was also announced last week that Sandra has donated $1 million to the Red Cross to help to the Japanese tsunami and earthquake relief effort. 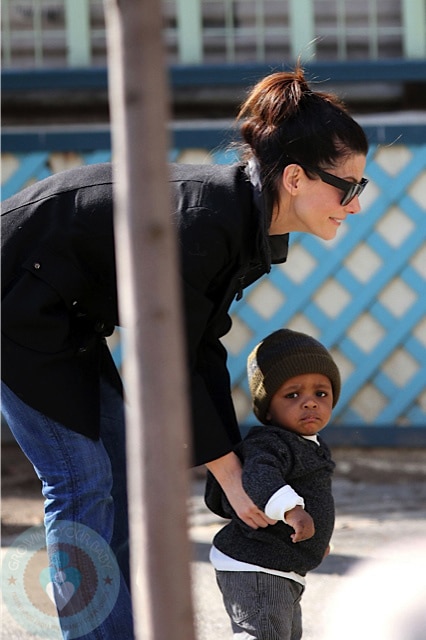 I love her as an actress and she is great as a mom.