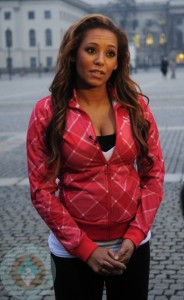 Exciting news for former Spice Girl and Dancing With The Stars contestant, Melanie Brown, was announced on Monday. She is expecting her third child, and her first with husband Stephen Belafonte.

Melanie has two children from previous relationships: Phoenix, aged 12, and Iris, aged 3. The announcement of the new arrival was made via Britain’s Hello Magazine, and the singer confirmed the news on twitter saying,

“We’re really thrilled. We wouldn’t have planned and waited for four years to have a baby if we weren’t excited and ready for it. We’re really happily married, and we’re both very much in love.”

The star is due to deliver the new arrival later this summer. The new bundle will have an instant playmate with another Spice Girl, Victoria Beckham, also due this summer. Congratulations to the happy couple!