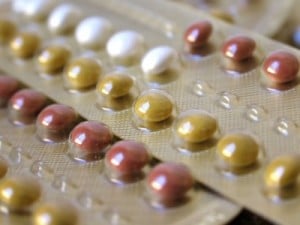 Speaking about the new findings, Chrisandra Shufelt of the Women’s Heart Center at Cedars-Sinai Medical Center said, “”I think this is very reassuring that there is no increased risk of heart attack.’

She also added that although the traditional pill that combined estrogen and progestin was more popular, but their safety is still debatable. Previous researches have shown that these pills do heighten the risk of heart attacks.

The chance of a woman in her early 30s getting a heart attack is two in a million. But according to Dr. Genevieve Plu-Bureau who led the review team for women who come in the group that are more vulnerable to heart disease it was best to switch to mini-pills, the safer options. These women include those with high blood pressure or heavy smokers.

“In women without cardiovascular risk factors, I do not think that this switch would be necessary,” said Plu-Bureau.

The review is based on six previous researches that tried to decipher the link between progestin only pills and heart attacks. It included more than 18,00 women aged between 16 and 44 who were taking birth control in comparison to those who were not taking any contraceptives.

Although promising further research in this area will help ascertain the results as according to the doctor, the number of women studied was low and they were also not screened on the basis of the dosage or the type of progestin they took. – Atula, Staff Writer