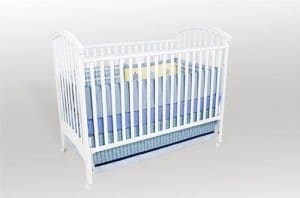 The U.S. Consumer Product Safety Commission (CPSC) and Delta Enterprise Corp., of New York, N.Y. are re-announcing the 2008 recall of more than 985,000 drop-side cribs with “Crib Trigger Lock and Safety Peg” hardware. In January 2011, CPSC and Delta learned of a 2009 death in which 7-month-old girl from Colorado Springs, Colo. became entrapped and suffocated between the detached drop-side and mattress of her recalled crib. The crib was purchased secondhand and re-assembled without safety pegs in the bottom tracks.

Missing safety pegs can create a situation where the crib’s drop-side rail disengages from the track. This can create a hazardous space in which an infant can become entrapped and suffocate. 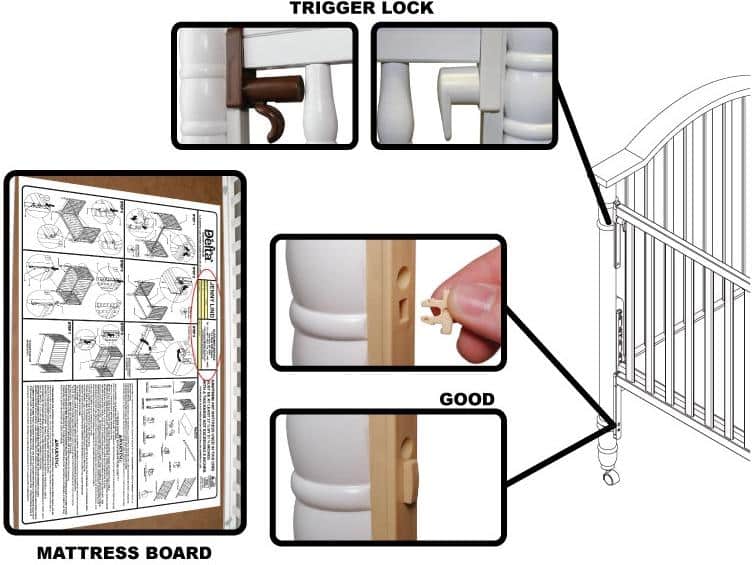 At the time of the October 2008 recall, CPSC notified consumers about the death of an 8-month-old girl who became entrapped and suffocated when the drop side of the crib detached. The crib involved in this incident also was re-assembled without safety pegs. At the time of the October 2008 recall announcement, there were reports of two entrapments and nine detachments in cribs without safety pegs.

“Buying or accepting cribs second hand can be risky,” said CPSC Chairman Inez Tenenbaum. “Second hand cribs may not come with all of the necessary parts that are needed to make sure your baby is safe. We urge parents and caregivers to use caution and to be aware that new rules established by CPSC will bring safer cribs to the market this summer.”

This re-announcement involves cribs that were made in Taiwan and Indonesia. The cribs were sold at major retail stores including Kmart, Target and Walmart between January 1995 and December 2005 (through September 2007 for model 4624) for about $100.

CPSC urges parents and caregivers to immediately stop using cribs that are missing a safety peg on either leg of the drop side and contact Delta to receive a free, easy-to-install repair kit. Call Delta toll-free at (800) 816-5304 anytime or visit the firm’s website at www.cribrecallcenter.com to order the free repair kit.

In the last 4 years MILLIONS of cribs have been recalled for repair.  Is yours on the list?  Please check our list of recalls here.