Only about 20% of all siblings of children with autism will develop the condition by age three, but a new study from the Yale School of Medicine has found that more than half that do present with symptoms as early as 18 months of age. This is relatively important since many studies have shown that earlier intervention is key to improving the life-long outcome of children with ASD. 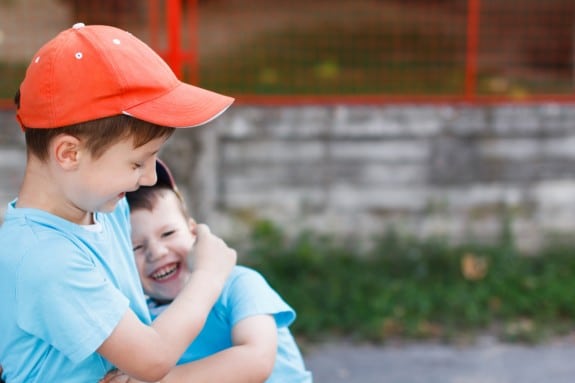 “While the majority of siblings of children with ASD will not develop the condition themselves, for those who do, one of the key priorities is finding more effective ways of identifying and treating them as early as possible,’ lead author Katarzyna Chawarska, associate professor in the Yale Child Study Center and the Department Pediatrics at Yale School of Medicine.

Published in the October Journal of the American Academy of Child & Adolescent Psychiatry, this is the first large-scale, multi-site study aimed at identifying specific social-communicative behaviors in children with ASD as early as 18 months of age.

The data, which was pooled from eight sites participating in the Autism Speaks Baby Siblings Research Consortium, looked at repetitive behaviors in 719 infants at the age of 18 months. They also looked at other possible patterns that could predict a diagnosis of ASD later on in life. Researchers then followed up with the participants at age three to determine how correct their predictions were.

“Our research suggests that approximately half the siblings who are later diagnosed with ASD display signs suggestive of ASD at 18 months, and those who appeared asymptomatic at 18 months, symptoms appeared between 18 and 36 months, Chawarska said. “Our study reinforces the need for repeated diagnostic screening in the first three years of life to identify individual cases of ASD as soon as behavioral symptoms are present.”

However, age wasn’t the only variable factor in the siblings diagnosed with ASD; the researchers found that different patterns of behaviors at 18 months may be predictive of ASD. In fact, about 50% of the siblings later diagnosed presented with symptoms of poor eye contact and lack of communicative gestures or imaginative play – all of which are key symptoms of ASD – but a small percentage that were later diagnosed made relatively normal contact and started displaying early signs of repetitive behavior and limited non-verbal communication skills.

“So not only do the behavioral symptoms appear at different ages, but different combinations of early symptoms may predict the diagnostic outcome,” Chawarska said. “Linking these development dynamics with underlying neurobiology may advance our understanding of causes of ASD and further efforts to personalize treatment for ASD by tailoring it to specific clinical profiles and their developmental dynamics.”