There is no arguing that when a woman is pregnant, her body changes in significant ways. Hair gets shinier, nails become stronger, her skin seems to glow, all as a result of this little life that grows inside. But new research has found that long after mom delivers her little bundle of joy, residual fetal cells are steadily making her stronger. 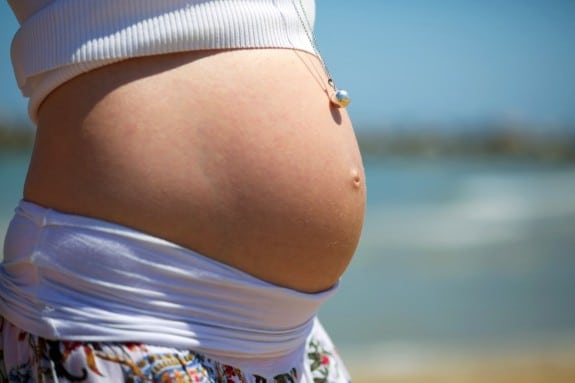 This condition is known as microchimerism, a phenomenon where women’s bodies retain fetal cells from their children long after they have given birth. Research has found that some of these cells are even present decades after birth. The study, published in the International Journal of Epidemiology suggests that these incredible cells might even improve the health of the women who harbor these cells.

In similar research that was published earlier in the year, a team of epidemiologists gathered and studied data from a previous study of 272 Danish women. Out of the entire group, 70 percent of the women possessed Y chromosomes, signifying the presence of male cells within their blood. Though research has found that heart disease was more prevalent in those with the Y chromosome, the group’s overall mortality rate was an incredible 60 percent lower, because of a decreased occurrence of cancer.

Out of the 272 women studied, 85 percent of them made it to age 80, as compared to the 67 percent of women who did not house these cells. While science isn’t quite certain on what specific biological mechanisms cause this phenomenon, previous research indicates that microchimerism might boost immune surveillance, our bodies ability to identify and eliminate pathogens and cells that may become cancerous. Microchimerism has also been found to be connected with a decreased risk of breast cancer and Alzheimer’s disease.

The fetal cells aren’t housed in one area of the body, but instead branch out to all parts of the mother’s body, going on to become part of her brain, heart and blood. This condition does not only fascinate the science community, but has also influenced the art community as well. Sarah Gerkensmeyer, writer and mom to two boys, says that she believes that her two sons have never truly left her, and that microchimerism from son Charlie, who was born in 2011, has helped her to create her collection of short stories.

Gerkensmeyer said, “When I was pregnant with him, those weird stories were in me, washing around and fusing together right alongside my developing son. It’s a nice, strange thought, isn’t it? That he gave me those stories to tell.” The condition has even caused some journalists to question if the presence of these male cells may cause women to think in a different way. However, that is not the case, according to Mads Kamper-Jørgensen, associate professor of public health at the University of Copenhagen, as well as the lead author of the International Journal of Epidemiology study. Kamper-Jørgensen affirms that the health benefits of the condition are the same, no matter if the cells are female or male, saying, “Sons aren’t any better than daughters.”

In a study performed in 2004, researchers found male genes present in 21 percent of women overall, including those who had only given birth to daughters, underwent an abortion, suffered a miscarriage or had never been pregnant. Researchers believe that unknown DNA might have been from a miscarriage that the women never recognized, or possibly from an elder brother who transferred cells to the siblings mother, who then transferred the genes to children born subsequently. The science behind the phenomenon starts to take on a science fiction likeness to it as well, as the DNA the women possess may even have been acquired through previous lovers.

While this idea is certainly interesting, Kamper-Jørgensen says that it is “sort of impossible” to study, due to the intimate details that study participants would have to disclose, as well as the testing that would be performed before the women have sexual intercourse and after each new partner. Current research being performed is being focused on preeclampsia, an illness that involves elevated blood pressure during pregnancy that causes a larger exchange of cells between mother and fetus, and it’s correlation with breast cancer. He is also currently studying the association between allergies and microchimerism in women, as those with more children seem to have fewer allergies, as compared to those who do not. In a future study, he plans to study microchimerism and it’s correlation between rates of cervical, lung and brain cancer.