Home » Simon Cowell and Lauren Silverman Lounge On A Yacht in St. Barts

The vacation continues for Simon Cowell and Lauren Silverman. After spending two weeks in Barbados the couple has shifted to St. Barts where they are enjoying some time onboard the Slipstream Yacht. 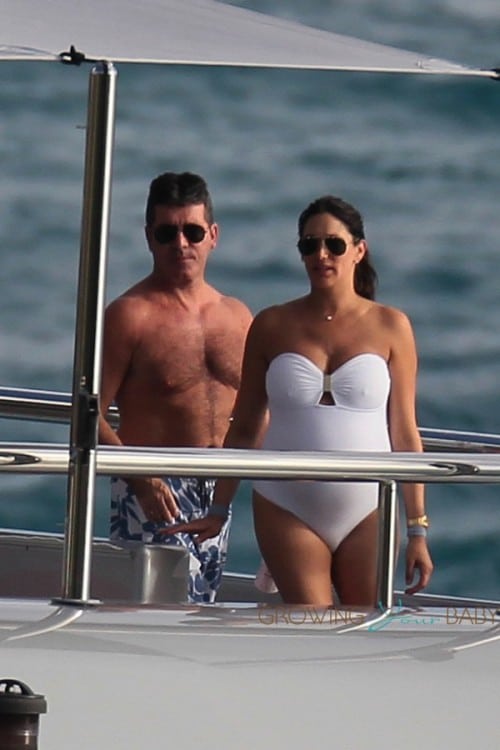 Due to become parents in February, the couple is relishing every last moment before their baby boy arrives. 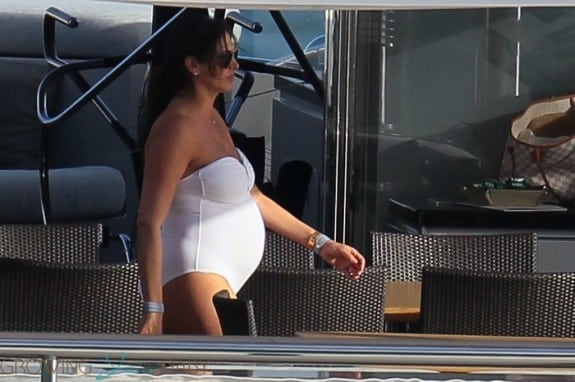 Simon is scheduled back in the UK for auditions for Britain’s Got Talent on 18 January.  Over the next few weeks he will travel to Belfast, Cardiff, Birmingham, Manchester and London for judges auditions that is as long as the baby doesn’t come before that.  Initially, it was reported that Simon and Lauren were looking at hospitals in London as possible options for the baby’s birth, but now it has been revealed that Lauren would like the baby to be born in NYC so that her mom can be present for the delivery.

The Daily Mirror quotes a ‘source close to Simon’ as saying,

“Simon wanted his son to be thoroughly British and, as he and Lauren would be living in the UK from mid-January, that seemed viable.

“But, Lauren has lived in New York for her adult life and her mum is there.

“She knows that with Simon having such a hectic work schedule, if the worst did happen and he couldn’t be there, at least she would have her mum to help.

“With those two, nothing is definite because of Simon’s schedule but this is now the most viable plan.”

The new baby will join Lauren’s seven-year-old son Adam from her previous marriage to Andrew Silverman.